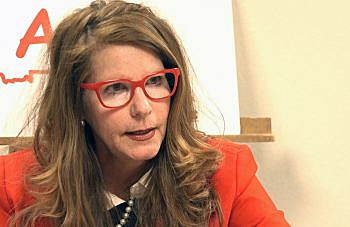 HELENA — About $3.8 million of federal funds to expand after-school programs will be awarded this week, as planned, says Superintendent of Public Instruction Elsie Arntzen – although the organizations seeking the money never submitted a formal application.

“Our purpose is not to turn anyone away,” she told MTN News in an interview Friday. “So, we’re on target. … We just had to take a look to make sure that, with the added children we’re serving, that we could.”

Earlier in the fall, Arntzen’s Office of Public Instruction (OPI) had scheduled the announcement of the grants for this Wednesday.

But organizations that submitted an “intent to apply” letter in early November told MTN News last week they’d yet to receive an application, and hadn’t been told exactly how the grants would proceed.

They said OPI told them it had been “overwhelmed” by more interest than expected in the after-school grants, and was re-evaluating the process.

Jeff Kirksey, OPI’s program manager for federal COVID-19 relief funds, said Friday the awards will be made based on information submitted in the intent letters.

The office had been expecting about 30 applicants, but instead got 83, he said. Of those, 75 have been determined to be eligible, he added.

All of those applicants should get some money, he said, based on a formula that will consider number of children served, economic need of the area, and the location served. However, with the greater-than-expected number of applicants, the money may end up funding just two years of expanded programs, rather than the three years initially announced, Kirksey said.

Providers who spoke to MTN News said they’re glad to hear the funds will be announced next week, possibly giving them enough time to expand their programs for the next school semester.

Yet they said the “intent to apply” letter they submitted, by design, didn’t have a lot of details about their proposal.

“They’re changing the rules mid-game,” said Abby Turner, executive director of the Montana Science Center in Bozeman. “We thought there would be another round. We thought we could further explain ourselves.”

Kelly Posewitz, executive director of Exploration Works of Helena, another after-school program seeking the money, said Friday her intent letter didn’t even say how much money she was requesting, our outline in detail how it would be spent.

The money is from the American Rescue Plan Act (ARPA), which is the COVID-19 relief bill passed by congressional Democrats and signed into law by President Biden in early March.

State lawmakers earmarked the $3.8 million in after-school program funds in a bill they passed in late April, meant to expand the programs statewide and make them more affordable, to help address the state’s child-care shortage.

Artnzen’s office is managing the expenditure of that $390 million. The biggest chunk — $344 million for school districts to respond to COVID-19-related expenditures – is just now beginning to be spent, although schools have budgeted for most of the money over the next three years, Kirksey said.

The money will be spent on a variety of programs, but the largest totals will be on additional staff and staff recruitment, and building improvements, such as updated heating-and-ventilation systems, he said.

Arntzen said the after-school programs also might be able to supplement their awards by applying for summer-school grants – another $3.8 million pot of federal ARPA money in Montana.