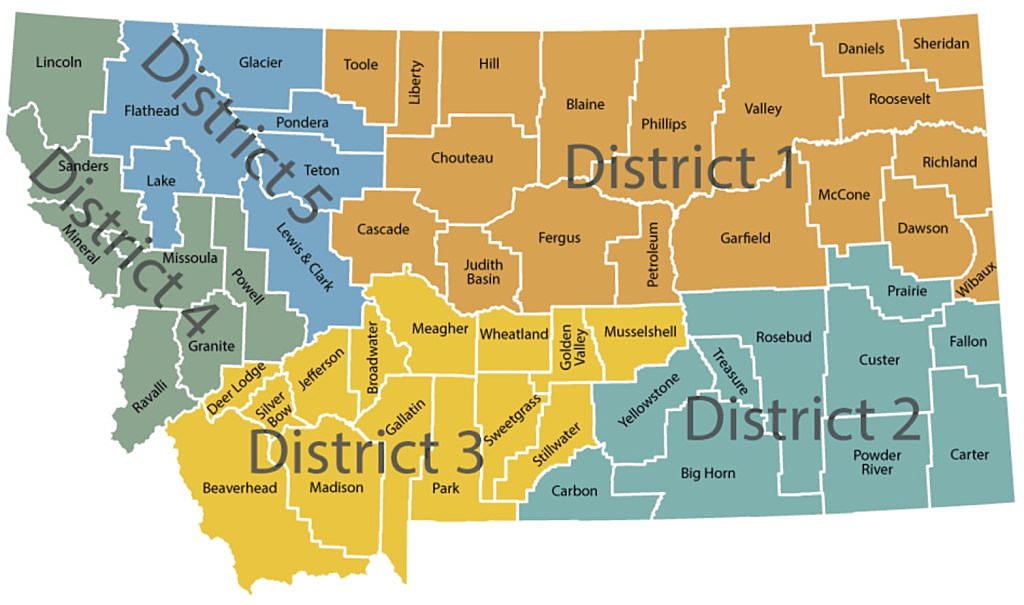 A federal judge issued an order yesterday blocking the state’s top election official from certifying candidates running for the Public Service Commission until the constitutionality of the commission’s district map has been evaluated.

The Public Service Commission regulates companies that provide energy, garbage and water service to a captive customer base. At issue is whether the map that describes the boundaries of the PSC’s five elected district seats should be updated to reflect population growth in the state.

In a Dec. 6 filing with the U.S. District Court of the District of Montana, the plaintiffs — Gallatin County resident Hailey Sinoff, former Republican Gallatin County Commissioner Don Seifert, and Bob Brown, a Republican who served as secretary of state from 2001 to 2004 — argue that some Montana voters are disproportionately represented based on the district in which they live.

The ruling favors the plaintiffs, who sued Republican Secretary of State Christi Jacobsen earlier this month, arguing that the current district map violates the Fourteenth Amendment of the U.S. Constitution.

“Temporarily restraining the candidate certification process sends a message to prospective candidates and the public that the current process is under review to ensure an orderly election in the future,” Judge Donald Molloy wrote in the order.

Molloy said the public has a “strong interest in ‘equal voting strength for each voter’” and that prospective candidates will also be served by the restraining order because they will have as much time as possible to evaluate their campaigns.

Molloy noted that at least two of the commission’s five districts are “presumptively unconstitutional” because “they appear to dilute or concentrate certain votes to an impermissible level.” More specifically, he wrote that voter representation is “potentially magnified” in District 1 and potentially diminished in District 3.

The degree to which population has shifted in the state became clear earlier this year when the U.S. Census Bureau released the results of its decennial population count. The PSC map was last updated in 2003. Since then, District 3, which includes southwestern Montana population centers Bozeman and Butte, has grown by more than 60,000 residents. District 1, which includes Great Falls, Lewistown and all of northeastern Montana, has added just 2,400 people in the last 20 years.

The order applies to candidates running in districts 1 and 5, where voters will elect PSC commissioners in the 2022 election cycle. Commissioners serve four-year terms, and by law can’t serve more than two terms in a 16-year period.

District 1 is currently represented by Sun River resident Randy Pinocci, a Republican who’s three-quarters of the way through his first term.

District 5’s seat is held by the commission’s vice chair, Republican Brad Johnson of East Helena, who will be termed out in 2022. District 5 includes Lewis and Clark County and five other counties stretching north and west from there.

Several bills proposed in prior legislative sessions would have either reapportioned PSC districts directly, specified a redistricting process for the commission, or otherwise restructured the body, the lawsuit notes. None passed into law.

Molloy’s order will be in effect until at least Jan. 7, when he hears arguments on a motion for preliminary injunction at Missoula’s federal courthouse.