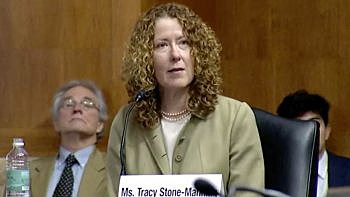 (Daily Montanan) The Bureau of Land Management plans to keep two senior positions in western Colorado as most of the agency’s leaders move back to Washington, Director Tracy Stone-Manning told BLM staff in an email Tuesday.

The Interior Department agency relocated to Grand Junction during President Donald Trump’s term in a polarizing attempt to move closer to the Western lands the BLM manages.

Democrats and environmental advocates widely objected to the Trump-era move, saying it drove knowledgeable career staff out of the agency and damaged its influence in policymaking circles in Washington. Colorado Democrats, however, were more supportive.

Earlier this year, Interior Secretary Deb Haaland announced a compromise to return the main headquarters to Washington and keep a Western headquarters in Grand Junction. Nearly all BLM-managed areas are in 12 Western states and Alaska.

About 30 vacant senior positions will be located in Washington, Stone-Manning wrote. The location of other positions is still undecided, she added.

The moves reflected a goal to establish better engagement with Interior officials and Congress while maintaining a presence in the West, Stone-Manning said.

“Some initial decisions have been made to achieve these goals, and we look forward to discussing both implementation and additional elements of our structure with all of you,” she wrote.

Interior and BLM will work with an employee advisory group “forging the path ahead,” Stone-Manning said. Staffers will receive instructions on applying for a position in that group Wednesday, she said.

The agency is working with congressional appropriations committees to reprogram existing funding to be used for the relocation, Stone-Manning wrote.

Republican leaders of the House Appropriations Committee including full committee ranking member Kay Granger of Texas and Interior-Environment ranking member David Joyce of Ohio wrote to a group of Western Republicans last week pledging to oppose any funding for the move.