Six justices joined the swearing-in-ceremony in downtown Missoula on Monday, with three of them set to serve as the city’s newly elected judges in Municipal Court.

Jennifer Streano, Eli Parker and Jacob Coolidge each won easy elections in November with more than 62% of the vote in each case. The three were the first city judicial candidates to be elected at the same time under new Montana laws governing municipal courts.

“We have had many other women come before us to help pave the way,” District Court Judge Leslie Halligan told Streano before reading the oath. “We hope the scales we have will help us make good judgments for all the citizens of Missoula.”

Streano graduated from the University of Montana School of Law in 2005 and has been recognized for her service many times. She received an award from the city’s public defender’s office in 2012 and was recognized as lawyer of the year by the Montana Association of Criminal Defense in 2015. 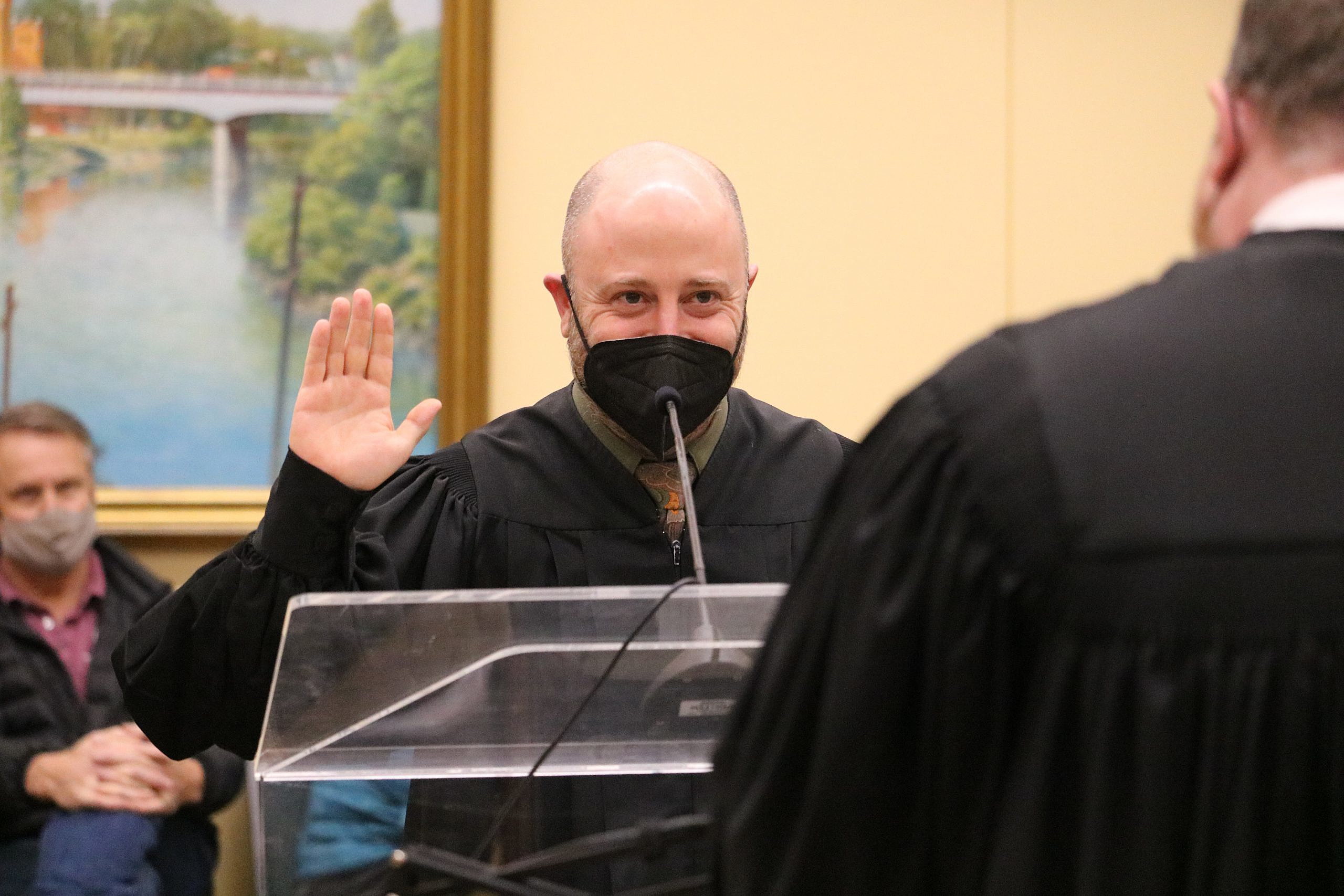 Streano will now play a new role as one of the city’s Municipal Court judges – something Halligan is familiar with.

“As a judge, I transitioned from being a prosecutor, and you’ll have the same opportunity to transition from one role to another role,” she told Streano. “There is a bit of getting used to with that.”

Parker and Coolidge also raised their right hand before a Missoula District Court Judge, and each were welcomed to the bench – and asked a second time if they were certain they wanted the job. 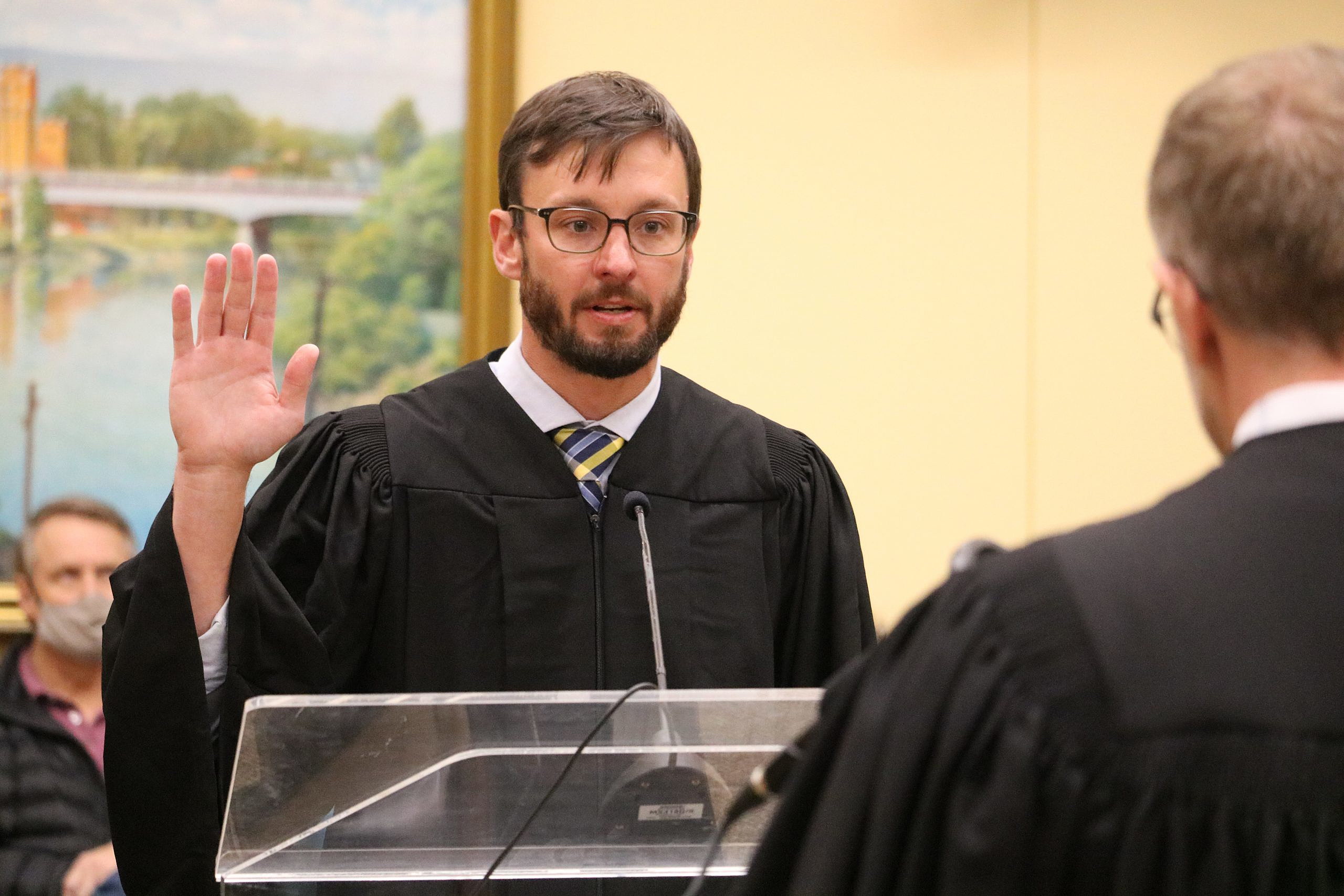 The work isn’t easy, they were told, and not everyone who comes before the court smiles upon it. But the newly elected judges have the experience and character to see them through.

“I have always appreciated his (Coolidge) practical approach, his wisdom in guiding his clients, knowing when to push an issue and perhaps counsel the client to know it may not be the appropriate approach,” District Court Jason Marks told Coolidge. “He has always been a calm voice, and I’m thrilled he’s coming to the bench.”