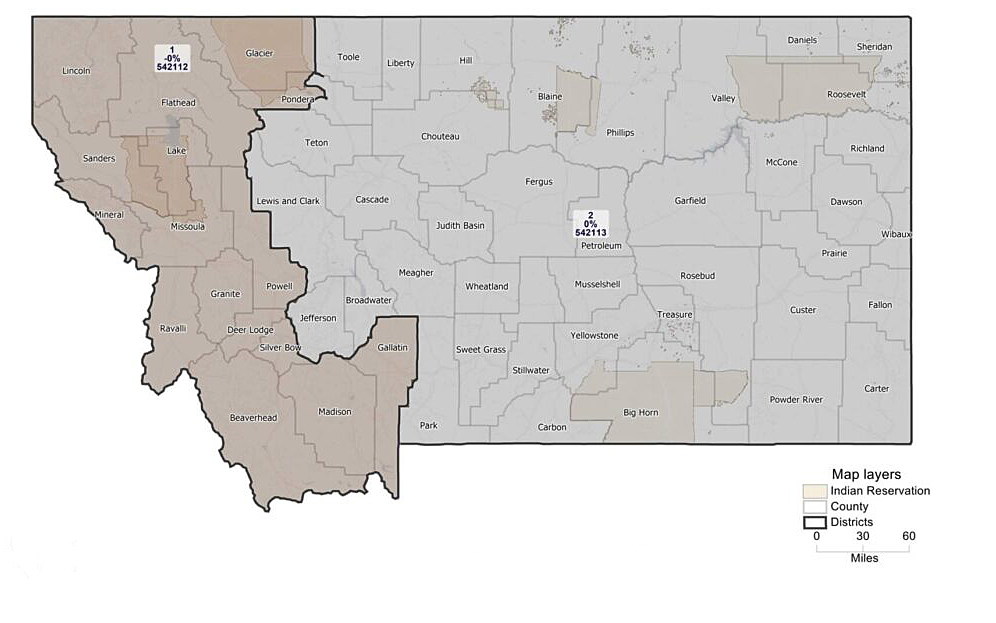 A new entry and a withdrawal from the Democratic Congressional primary in Montana’s second district has shaken up the budding election in the state’s eastern half.

In February, state Sen. Mark Sweeney, D-Phillipsburg, announced that he would enter the fray, even though the district he currently represents in the state Legislature lies in Montana’s first Congressional district.

And last week, Jack Ballard, an outdoors writer and photographer based in Red Lodge who was for a time the most visible Democrat vying to take on Republican Congressman Matt Rosendale in Montana’s newly formed eastern district, announced that he would end his candidacy, citing insufficient fundraising.

“To be bluntly honest, we’ve failed to raise the financial resources necessary to realistically keep paying campaign staff and fund travel, advertising, materials and other basic expenses through the primary,” according to a statement from his campaign initially released to the Associated Press.

Ballard had raised around $70,000 by the end of 2021, but only had $16,540 left on hand. Rosendale, meanwhile, had raised more than $1 million by the end of the same period — the second largest fundraising haul by any Congressional candidate in the state, lagging only slightly behind Ryan Zinke, the Republican running to represent Montana’s first district in Congress.

Any Democrat seeking to unseat the incumbent Rosendale will have an uphill battle to fight. In addition to a formidable fundraising haul, Rosendale will also benefit from the underlying dynamics of the district, which heavily favors Republicans.

As drawn by the Montana Districting and Apportionment Commission this year, MT-02 spans essentially from Lewis and Clark County to the state’s eastern border, encompassing some competitive areas like Helena, Great Falls and Billings (though not Gallatin County and Bozeman) as well as dozens of rural, heavily conservative counties in the plains. Montana Democrats, as such, have put most of their focus in the state’s western district, which leans Republican but much less dramatically so than the eastern district.

Sweeney has served two terms in the Legislature, one each in the House and Senate. Although his legislative seat sits in Montana’s western district, the law doesn’t bar him from running in the east, and Sweeney, originally from Miles City, said he feels the district makes more sense for him.

“That’s home to me,” Sweeney said. “I’m more in line with eastern Montana voters and more connected there.”

Sweeney said he believes Rosendale’s vote against certifying the 2020 presidential election, among other issues, could make him vulnerable.

“Everything that I see from him are dog whistle issues,” he said. “And I took it real personal also when he voted not to recognize Capitol Hill policemen in their efforts on January 6. My grandfather was a Capitol Hill policeman, and I saw my mom as she’s watching this unfold on TV, it was something we’ve never seen before.”

Other Democrats in the MT-02 primary include Billings City Councilwoman Penny Ronning and Billings resident Skylar Williams. Charles Walking Child and James Boyette are running in the Republican primary, though their campaigns have seen little movement.

In the western district, a slate of Democrats have emerged to run against Zinke, the former Trump-era Secretary of the Interior who’s emerged as the likely frontrunner in his primary, thanks to an endorsement from the former president and several top Montana GOP officials. Nonprofit executive Cora Neumann leads the Democratic primary field in fundraising, followed by former Public Service Commission attorney Monica Tranel and one-time state legislator Tom Winter. Neumann recently announced a pair of endorsements from House Minority Leader Kim Abbott, D-Helena, and former House Minority Leader Casey Schreiner, D-Great Falls.