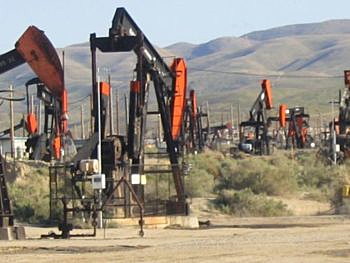 Citing global demand and the war in Ukraine, Sens. Jon Tester and Steve Daines are both calling for an increase in domestic energy production, though Tester is pushing for an equal increase in renewable sources.

Both have said that inflation is pinching American consumers, who are feeling the pain at the gasoline pump. Boil it down and the war has revealed the fragility of the global energy market and the need to move toward energy independence, they said.

“I’ve called on the Biden administration for an all-of-the above approach to increase responsible domestic energy production,” Tester said during a Thursday press call. “We must use all the tools at our disposal to make energy more affordable.”

Tester said that includes releasing oil from the strategic petroleum reserve, making sure oil and gas leasing results in responsible energy projects, working with oil and gas companies to shore up domestic supply, and reviewing the Keystone XL pipeline.

Daines also has called for an increase in domestic production. Earlier this month, he introduced a bill that would prohibit the U.S. from importing oil and other petroleum products from Iran and Venezuela.

He also backed a ban on Russian oil imports.

“We need to increase American energy development and support our allies, not run to foreign dictators in Venezuela and adversaries like Iran,” Daines said. “(The war in Ukraine) is a wake-up call for Germany, for the U.S. and for the European Union. We must reverse this anti-fossil fuel energy course.”

The price of crude reached $123 a barrel earlier this month and stood at $114 on Thursday. It dipped as low as $95 a barrel last week. Crude’s high value has encouraged oil companies to increase production.

Tester said activity in the Bakken has already increased. But other factors are at play, he said, including the reassurance of Covid-19 in China, which has reduced that nation’s demand for oil, at least temporarily.

“It’s one of the reasons the price of crude oil has gone from $130 a barrel to $95,” Tester said. “I look forward to seeing correlation happen at the pump, but I haven’t seen it yet. It seems like when crude goes up, the pump follows and when crude goes down, we have to wait awhile.”

Tester said fluctuating energy prices are driven in part by uncertainties over the war in Ukraine. Congress has urged energy companies to place idled oil and gas wells back into the service, and to finish wells that were never completed.

Doing so would help shore up American production, Tester said.

“We’ll work on all of the above to get more energy into the marketplace,” he said. “I think that will result in energy prices going down.”