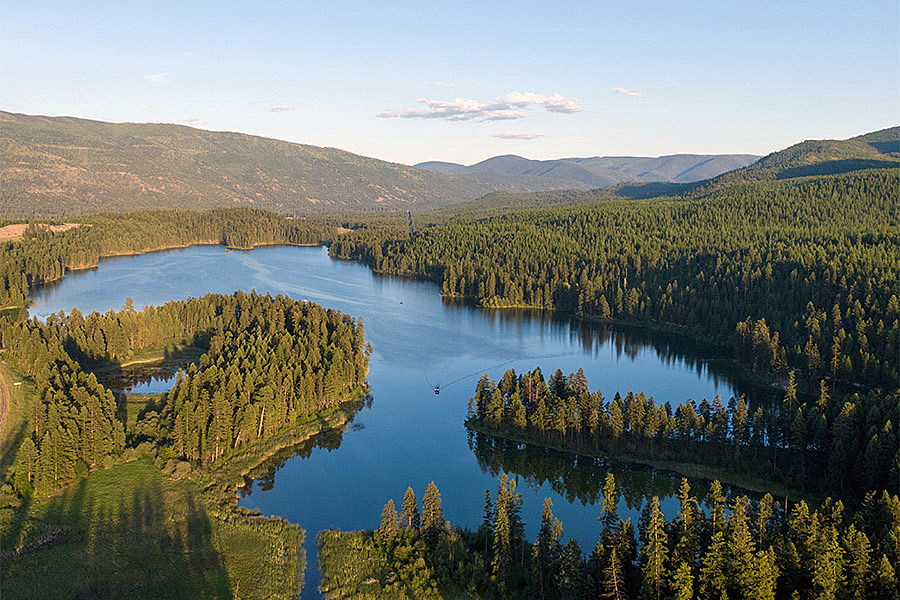 Gov. Greg Gianforte registered his opposition to President Joe Biden’s plan to conserve 30% of the nation’s lands and waters by 2030 in a March 7 letter to the Interior Department that questioned the level of detail available in the plan and asserted that the federal government lacks jurisdiction and funding to execute the proposal.

At issue is an initiative that was outlined in a Jan. 27, 2021, executive order directing the Interior Department and other federal agencies to recommend a path to “conserve, connect and restore” 30% of America’s lands and waters and establish mechanisms to monitor the government’s progress. The plan Gianforte commented on represents an early step in that broader White House effort.

In January, the Interior Department announced it’s developing an American Conservation and Stewardship Atlas, which it billed as an “accessible, updated and comprehensive tool through which to measure the progress of conservation, stewardship and restoration efforts across the United States.”

DOI then solicited input including relevant data and research to inform the effort, existing or proposed stewardship actions the department should consider, the land and water attributes that should be included in the atlas, and how the government should reflect the contributions of state, local, tribal and private lands. The department also sought comment about how desired outcomes — biodiversity, climate change mitigation and resilience, and equitable access to nature and its benefits — should be reflected in the atlas.

“The DOI would have Montana think that the Atlas is nothing more than an exercise in information gathering. However innocuously the DOI portrays this Atlas, the effort is wasted and could create significant harm to both Montana and its private landowners,” the letter reads. “Attributing undefined characteristics like ‘conservation’ or ‘wildlife habitats and corridors’ to private lands influences property values, may lead to promulgation of land restrictions, and raises a number of property ‘taking’ concerns pursuant to U.S. Constitution [Amendment] V.

“Montana has done its job insofar as conserving natural areas and resources,” the letter continues. “Montana asks that the DOI allow this work to continue, unencumbered by federal attempts to ‘help.’”

The 30 by 30 initiative has garnered support from national and statewide conservation organizations including the Natural Resources Defense Council, the National Wildlife Federation, and the Montana Association of Land Trusts. Last March, 70 mayors nationwide, including Helena’s Wilmot Collins, endorsed 30 by 30.

Other groups have offered comments calling for a reorientation of the effort or highlighting both potential benefits and concerns. The Property and Environment Research Center, a Bozeman-based group that advocates free-market approaches to environmental issues, suggested the effort proceed with sensitivity to the interests of private landowners. PERC’s comment also voiced concern about the atlas edging into “intrusive regulation” territory.

The Montana Farm Bureau Federation’s submitted comments echoed Gianforte’s concern about the plan’s level of detail and called for the initiative to recognize and protect working landscapes that are farmed or ranched, whether privately owned or leased from the government.

The Center for Western Priorities, a Denver, Colorado-based conservation organization has described 30 by 30 as a “step that is necessary to prevent the unraveling of fundamental natural systems.”

“Scientists have shown that protecting and restoring natural areas is the most effective way to slow extinctions and retain resilient ecosystems, with much higher animal and plant abundance within protected areas,” according to a web page dedicated to the initiative. “Protected natural areas are also critical to stabilizing the climate and reducing the risk of the most severe impacts of climate change.”

The Interior Department received more than 12,000 comments on its atlas plan through an online comment system.

“The Department and agency partners will take the feedback from the public, states, Tribal Nations, scientists, and a wide range of stakeholders to inform development of the Atlas with a goal to release a beta version of the Atlas by the end of the year,” Interior Department spokesperson Giovanni Rocco wrote in an email to Montana Free Press. “The Atlas will help provide a more complete picture of conservation and stewardship in America, as well as utilize the best available data that can help inform future locally led conservation efforts.”