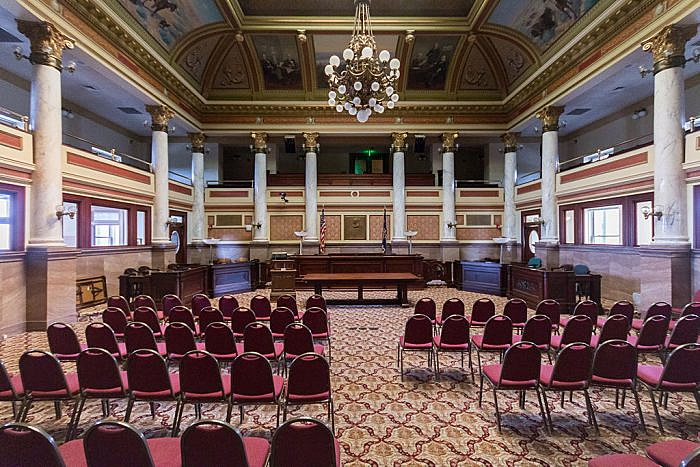 HELENA — The U.S. Supreme Court has declined to intervene in the dispute between the Montana Legislature and the state Supreme Court.

The Court announced on Monday it would not hear Attorney General Austin Knudsen’s appeal. As is common practice for them, they did not provide any additional information about their reasoning.

This decision is the latest step in a months-long battle between majority Republican legislators and the state judiciary, in which lawmakers have accused state courts of being unduly biased against Republican-passed laws.

The Montana Supreme Court said last August that the Legislature exceeded its authority when GOP leaders used their subpoena power in April 2021 to obtain thousands of court emails. It quashed the subpoenas and ordered the records returned. The court also earlier rejected Knudsen’s request that the entire court remove itself from the case and let other judges decide, because it involved Supreme Court personnel and its own policy.

In December, Knudsen asked the U.S. Supreme Court to take the case and overturn that ruling. He said the Montana Supreme Court improperly ruled on issues directly affecting itself, violating due process of law.

However, state court administrators told the U.S. Supreme Court that whether Montana’s justices should have recused themselves from the case is a decision based entirely in state law, and not federal due process as argued by the Legislature.

“We are disappointed by the U.S. Supreme Court’s decision but not surprised given that the court only agrees to hear a tiny fraction of the petitions before them,” he said in a statement. “We already withdrew the subpoena last year with the goal of spurring sincere conversations and negotiation between our two coequal branches of government. It now falls to the Legislature to ensure that problems within the judicial branch are fixed and that similar situations of deleting public records, lack of transparency, and pre-judging legislation don’t happen again. We hope the judiciary will be forthcoming going forward and willing to work with us on developing adequate policies and procedures, starting with our next select committee meeting on April 13th.”

Kyler Nerison, communications director for Knudsen, also released a statement after the decision was announced.

“The extreme lengths to which the state Supreme Court has gone to hide their public documents and misconduct should concern every Montanan,” he said. “Time and again, the justices ruled on cases where they had a direct and admitted conflict of interest and issued self-serving rulings conceal their communications from the public.”