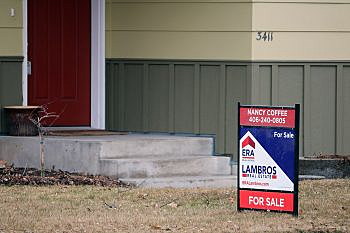 That’s the phrase several members of the public used Wednesday at a Local Government Committee update on Constitutional Initiative 121, a property tax cap measure intended for the ballot. It’s currently in the signature gathering phase.

“We’ll be encouraging folks not to sign, to stop this in its tracks,” said Diane Fladmo, with the Montana Federation of Public Employees.

CI-121 aims to end “runaway property tax hikes” with a 1% cap on residential tax rates, but at the meeting, representatives of numerous statewide organizations noted a host of unintended consequences that would result if the initiative passes, including slashed public safety budgets and increases to farmers and ranchers paying agriculture taxes.

Some people said the idea to cap rising property taxes in Montana sounds good, but the initiative would create too many problems. No member of the public spoke in favor of CI-121, and those who opposed it noted the budgeting challenges and imbalances that would result would fall on legislators to fix.

Jason Rittal, with the Montana Association of Counties, said the plan to curb tax increases for one group meant harm for other classes of property taxpayers. In some growing communities, he said, it means voters would have problems approving the services or infrastructure they want, such as a new school.

“We also don’t think we should do tax policies through Constitutional initiatives,” said Rittal, who noted his board unanimously opposed the measure. “We think that’s bad practice.”

Bob Story, with the Montana Taxpayers Association, said the math simply doesn’t compute. Montana counts one million people and lots of infrastructure as the fourth largest state in the nation by area, he said, and most of it is funded by property taxes.

Story said unlike a similar initiative in California that applied to all properties, the proposal in Montana would apply only to residential properties, and that class represents half the value of the state of Montana.

Since the Montana Constitution requires adequately funded public education, he wondered who gets the short end of the stick.

“Do schools get their money and everyone else has to go without?” Story said.

The Montana Farm Bureau Federation and Montana Farmers Union both spoke against it as having an undue impact on their members.

“Agriculture is essential to the state’s economy, and placing that burden on them doesn’t help,” said Rachel Prevost, with the Farmers Union.

Kelly Lynch, with the Montana League of Cities and Towns, said local government budgets are made up of roughly 96 percent property taxes, and local governments already are restricted in how much tax revenue they can generate to half the rate of inflation.

“So we cannot even keep up with inflation,” Lynch said.

She said an analysis of the benefit shows that 30 percent of it would go to out-of-state second-home property owners in Montana. She also said the initiative would mean shifts onto other payers, such as small businesses, or “substantial cuts” to local governments.

“It’s mostly going to be in public safety, police and fire,” Lynch said.

Sam Sill, with the Montana Association of Realtors, said his organization is a “strong opponent,” and it’s also a member of a diverse coalition of businesses, public sector groups and nonprofits that have joined to oppose “this thing.” The cap on one type of revenue, taxes, might lead to an increase in fees instead, he said, and generally, it would only drive up real estate prices and exacerbate the housing crisis in Montana.

“It’s the same thing that we’re seeing today and not going to help with the affordability problem,” Sill said.