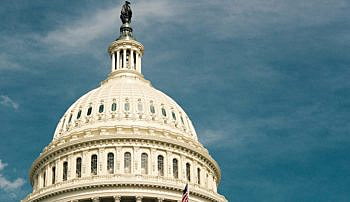 In Montana’s western congressional district, three candidates are making the case that they’re the best choice to bring the Democratic Party’s message into the general election.

Cora Neumann, Monica Tranel and Tom Winter are all seeking the Democratic nomination in the 1st Congressional District, which covers much of western Montana, including the cities of Kalispell, Missoula, Butte and Bozeman.

Neumann, of Bozeman, is a nonprofit executive who’s led organizations working on rural health care, economic development and public lands issues. She says that her professional experience and her personal history — losing her father in an accident when she was a baby, and leaving the state as a child when her stepfather needed to find better work — make her the best candidate.

Neumann says she returned to Montana with her family about three years ago. She announced a run for U.S. Senate against Republican Sen. Steve Daines in 2020 but withdrew from the race after then-Gov. Steve Bullock jumped into the Democratic primary.

She says the need for affordable housing has been the biggest issue she’s heard from voters across the district, and she wants to make sure federal assistance programs have the resources they need.

“It’s time for Montanans to pull together to make sure that the growth in Montana benefits Montanans, and that’s my focus,” she said.

She also calls for more support for Montana agriculture, saying they’re feeling the impacts of the changing climate.

Her relatively recent return to the state has become an issue in the campaign. A political committee supporting Tranel is airing TV ads calling Neumann “from California.” But Neumann says she and her husband have been trying to find jobs to move back to Montana since 2006, and she believes voters will be able to relate.

“At least half, or more, of the kids I grew up with left and came back, and some are still trying to come back,” she said. “I think it’s actually a privilege, in some ways, to be able to stay in Montana your whole life, and I know the majority of Montanans understand that.”

Tranel, of Missoula, is an attorney with years of experience handling energy and utility regulation cases. She previously worked as a staff attorney with the Montana Public Service Commission, then with the Montana Consumer Counsel. Before that, she was a two-time Olympic rower. She says she’s the candidate with a proven history of getting things done in this state.

“I have practiced law and been on the side of Montanans my whole career here in Montana,” said Tranel. “I’ve served Montana, delivered for Montana, and I will continue to do that in Congress. I’m the only one who brings that legal background and that delivered results for Montanans over the course of more than two decades.”

Of the three candidates, Tranel has the longest history of campaigning in Montana. In 2004, while working for the PSC, she ran in the Republican primary to become a commissioner. In 2020, she ran as the Democratic candidate for PSC in District 4, which covered seven of the counties now included in the western congressional district.

She says the most important thing a representative can do for the state is “show up.” She believes her experience — starting from her time growing up on an Eastern Montana ranch — makes her the strongest candidate to appeal to voters across the political spectrum.

“I know these communities – it’s where I grew up, it’s what I know,” she said. “It’s the power of showing up, which I have been doing, and I will continue to do. I will work with everyone from Montana because it’s my home.”

Tranel believes Montanans’ concerns about housing are only part of a bigger issue – a feeling that the middle class is disappearing and the state is changing from what residents knew. She calls climate change an existential threat for Montana and says her background in energy issues means she can help tackle an energy transition.

“I will be prepared to walk into this job on Day One,” she said.

Winter currently works on improving broadband access in underserved rural and tribal areas, and he previously served as a state representative from Missoula. He’s made that a central part of his pitch in this primary – saying his 2018 victory over a Republican incumbent, in a district that voted for President Donald Trump, shows he can get his message across to persuadable voters.

“We are in such a crisis moment at all times, that we have to have actual representation that not only has won over people from the other side, but can answer with community-focused issues, like making sure you have teeth when you’re old, or hearing aids, or you get the dignity of a good paycheck,” he said. “We’ve been there from the beginning, I’d say, on this.”

Winter previously ran in the Democratic primary for U.S. House in 2020, when the state still had only one House member.

He’s running as an avowed progressive, talking about ideas like universal health care, canceling student debt, aggressive climate action and raising taxes on wealthy property owners. He says he’s shown in the Legislature that he’s willing to put action behind those ideas.

Winter says he’s not afraid to criticize the national Democratic Party, which he believes has failed to deliver results for people.

“We have things to answer for,” he said. “I’m doing my best, and have been for the last five years, through winning elections on platforms that put money in your pocket and bring dignity to your work.”

Winter has raised significantly less money than his two opponents during this campaign. He acknowledges that gap but says it shows he’s not afraid to advocate for bold populist policy.