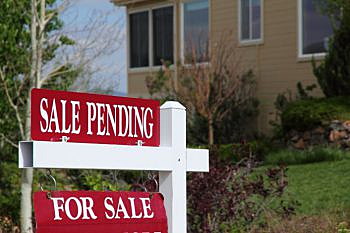 Proponents of Constitutional Initiative 121 are off to a slow start, with few signatures collected and little money raised.

“The biggest factor for folks like us who do not have paid signature gatherers is the weather,” said Matthew Monforton, an officer with the Cap Montana Property Taxes committee, noting the cool month of April. “We depend on volunteers to get out and get the signatures for us. If there’s bad weather, then that’s a huge challenge for us.”

A report from the Montana Secretary of State’s Office showed that as of last Thursday, just 243 valid signatures had been processed. To qualify for the November 2022 ballot, proponents must collect more than 60,000 valid signatures by June 17.

“We still think we’re going to get a flood of signatures in May and the first couple of weeks of June, and we do have a number (of signatures) that we haven’t turned in yet,” Monforton said.

CI-121 aims to cap residential property taxes, but it has drawn wide and bipartisan opposition.

Proponents argue it will limit “runaway property tax hikes.” Detractors have agreed a taxing problem exists in Montana, but they argue CI-121 isn’t a good solution, in part because it will shift the tax burdens to other payers, such as businesses and agricultural properties.

By comparison, the “Know the Consequences: No on CI-121” committee had raised $20,000 in the same period, spent $43,894 and still has $54,276 to spend. The Know the Consequences treasurer could not be reached for comment via the phone number on file with the committee report; the number reached the Montana Federation of Public Employees, and a spokesperson there was not immediately available for comment on the report.

The focus by the committee for CI-121 has been on gathering signatures, not dollars, Monforton said. He said the group opted against paying for the work of collecting signatures because enough homeowners expressed interest in the initiative — and “desperation” related to property taxes.

He also said he doesn’t believe the most recent results indicate the measure won’t qualify for the ballot: “Quite the contrary. We’re confident that May and June are going to be strong collection times for us, and that’s traditionally the case in Montana. You usually get your signatures when it’s warm as opposed to when it’s cold.”

Monforton, a Bozeman lawyer, also pointed to a legal challenge as a factor in slowing signature gathering. In January, a group of plaintiffs including the Montana Federation of Public Employees and Montana Farmer’s Union sued the State of Montana and sponsors Monforton and Troy Downing, also state auditor, over the initiative.

The plaintiffs argued a newly enacted law, House Bill 651, created a different process for the state to approve the CI-121 petition for signature gathering and defendants failed to follow it. Last week, however, the Lewis and Clark County District Court found in favor of the defendants and said HB 651 applies only to initiatives to amend or enact statutory law, not to constitutional initiatives.

Prior to the order granting the state’s and Monforton’s motions for summary judgment, however, the court had issued a temporary restraining order, and Judge Christopher Abbott scolded Monforton for leaving up the CI-121 website while the order was in effect.

“The rule of law requires parties — especially parties who are experienced members of the bar — to make every effort to ensure compliance even with those court orders with which they vociferously disagree,” the order said.

The judge said sanctions are not appropriate, but the plaintiffs’ related “concerns were neither frivolous nor brought in bad faith.” The judge also noted both sides’ interpretations of HB 651 had merit: “On their face, neither argument is unreasonable.”

The Montana Federation of Public Employees said Tuesday it has not decided whether to appeal the decision.

But Monforton noted the temporary restraining order did prevent proponents from being able to gather signatures for some time. He said now that the judge has found the legal challenge “brought by the special interests in Helena have no basis,” he believes other supporters will feel free to help the effort.

“Now that that cloud has been removed, we’re anticipating those people are going to come off the sidelines and help us considerably in May and early June,” Monforton said.