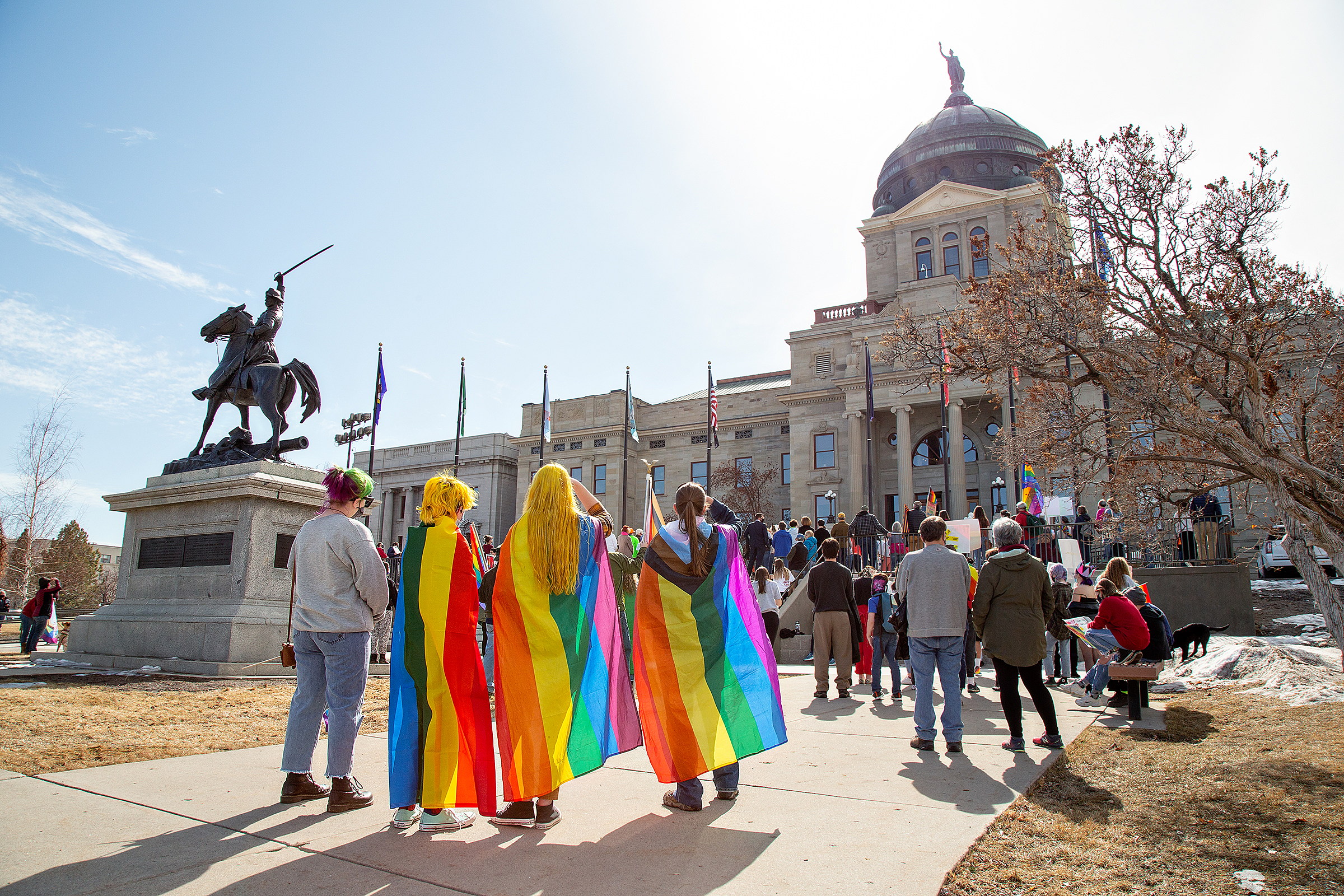 (Daily Montana) Advocates for people who are transgender are pushing back against the state of Montana’s continued effort to prevent transgender Montanans from updating the gender designation on their birth certificates.

In conflict with a recent order from a district court, the state health department issued a new rule on Monday that prevents transgender individuals from changing the gender on their birth certificates, making Montana one of two states in the country with such a policy.

And the ACLU of Montana, which represented the plaintiffs challenging the 2021 law said they intend to bring the state’s new rule to the attention of the court.

“Our stance is that the court order could not be any clearer … it was to preserve the status quo, which means allowing transgender Montanans access to changing the gender marker on their birth certificates,” ACLU attorney Akilah Lane told the Daily Montanan.

The state said a preliminary injunction issued in April on a 2021 law that required proof of surgery and a court order to change the gender designation on birth certificates put it in an “ambiguous and uncertain situation,” requiring the new rule. But advocates and a medical professional say the new rule will only further stigmatize transgender Montanans.

“All Montanans rely on having accurate documents that reflect who we are to be able to live full and active lives in our communities. Removing transgender people’s ability to have those documents is dangerous and negatively impacts the community’s health and civic participation,” he said in a text message to the Daily Montanan.

The new emergency rule reported Monday by KTVH goes beyond the 2021 law by completely restricting transgender Montanans from changing the gender designation on birth certificates even with proof of surgery and a court order.

In an emailed statement, the DPHHS responded to criticisms of the new rule.

“The Department of Public Health and Human Services believes that all individuals should be treated with dignity and respect, and that they should be provided all of the rights and protections to which they are entitled under the Constitutions and laws of the State of Montana and of the United States,” DPHHS spokesperson, Jon Ebelt said in an email. “As noted in the emergency rule, the Department has an obligation to ensure the accuracy of vital records. The rule obeys the court’s order, addresses a critical regulatory gap, and remains consistent with current law, as well as the science.”

According to the emergency rule, the state will no longer record a person’s “gender” on their birth certificate, instead replace it with a listing for “sex.”

The state said the court’s finding in April that “no surgery changes a person’s sex” led the department to reconsider the issue and implement the emergency rule.

“The department, thus, concludes that the premise … that an individual’s sex could be changed through surgery – was mistaken,” the rule reads.

“This emergency rule is a blatant abuse of power meant to undermine the checks and balances of our independent courts. While this rule is intended to make the lives of our transgender neighbors harder, it impacts all of us by eroding the rights that let us live our lives free from government overreach. There’s no emergency here–just the kind of politics that Montanans hate,” the lawmakers said.

History of the conflict

The move by the Department of Public Health and Human Services is the latest attempt by the state to undo a 2017 rule that allowed Montanans to change the sex designation on their birth certificate through an affidavit and online form.

In July 2021, the ACLU of Montana sued the state over the 2021 law that made the birth certificate amendment process more cumbersome. And in April, a Yellowstone County District Court judge issued a preliminary injunction on the law, calling it unconstitutionally vague, and prevented the state from enforcing it while litigation played out.

Last week, the ACLU of Montana threatened legal action against the state for not complying with the court’s order for more than a month.

In the new rule, the state contends the preliminary injunction did not require the state to revert to the 2017 rule.

“Accordingly, there is currently no non-enjoined regulatory mechanism by which the department can accept and process birth certificate sex identification amendment applications,” the rule reads.

In his April ruling, Yellowstone County District Court Judge Michael Moses said having accurate gender information on a birth certificate is important for avoiding discrimination or even violence against transgender Montanans.

“A mismatch between someone’s gender identity and the information on their birth certificate may even subject them to violence,” he wrote in the order.

Dr. Lauren Wilson, vice president of The Montana Chapter of the American Academy of Pediatrics, said the new rule goes against best practices in supporting the transgender community.

“We know from lots of literature and historical evidence about transgender populations that their well-being is highest if they are not stigmatized and othered,” she said. “If you feel that you are unsafe because the state is singling you out and requiring you to disclose medical information that you would otherwise keep private, then that obviously has negative impacts.”

And a mother whose elementary-aged son’s bid to change his gender was denied under the 2021 law, said the new law will make it more difficult for transgender people in Montana.

“It is just more of the narrative of not everyone belongs in Montana and that there really is just a certain demographic that they want here, and it’s not inclusive and that’s very frustrating,” she said.