DENVER (CN) — Once a closely watched swing state, Colorado seems to have settled behind the Democratic Party. After all bold blue dominated the statehouse and executive branch for the past decade, and the state Senate the past four years.

But the state’s semi-open primary, new congressional district and Republican momentum may lead to a few surprising outcomes.

Emphasizing conservative fiscal policy mid rising inflation, the Republican Party set sights on retaking the state from the local legislature to the U.S. Senate. It remains to be seen whether far-right fervor calling for increased scrutiny in elections, hardline stances on abortion bans and climate denialism will help fuel the party train to November or derail it.

“Here in Colorado, we’re certainly going to see the Trump faction versus the more moderate Republicans contesting within each of the primaries,” said Robert Preuhs, a political science professor at Metro State University of Denver.

Even though Democrats outnumber Centennial State Republicans, they are not the dominant political party. That honor goes to the unaffiliated, which number 1.7 million active voters to the Democrat’s 1 million and the Republican’s 956,000.

While unaffiliated voters can participate in the primary election, they can only vote on one party’s ticket. In past years, more Democratic ballots have come back than Republican, reflecting not just party preference as the purple state tinted blue, but also where the competitive races were.

“I think it signals fear and recognition of reality that a highly contested primary can potentially lead to voters whose candidate lost in the primary to being disaffected and not being mobilized in in November,” Preuhs said. “I think Democrats are circling the wagons and saying, ‘We need to we need to propose a single candidate, we have incumbents, there’s no need to risk a loss of majority.’”

Colorado’s 8th Congressional District spans from Denver commuter suburbs Thornton and Brighton up to rural Greeley where the economy centers around oil and gas. Of recent active voters in the region, 28% were Democrat, 25% Republican and 44% unaffiliated.

“When I knock on doors of unaffiliated and knock on doors of Democrats and Republicans, they’re all basically saying the same thing,” said Barbara Kirkmeyer, a state senator campaigning to represent the 8th District.

“They’re concerned about inflation, they’re ticked off that they spent over $100 to fill up their gas tank,” Kirkmeyer said. 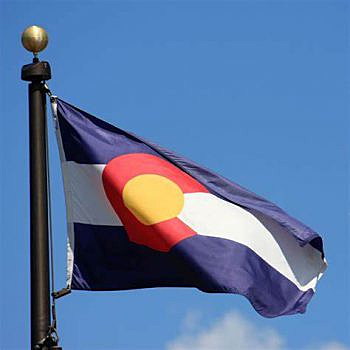 A fourth generation Coloradan, Kirkmeyer grew up on a dairy farm and touts her pro-oil and gas legislation.

“When you look at this district, I would say the constituents are God-fearing, taxpaying, gun-loving folks,” Kirkmeyer said. “And I think that aligns very closely with what I speak to.”

Kulmann said her experience as an oil and gas engineer will help her break up partisan gridlock in D.C.

“I use my principles as a conservative, but I also use my skill as an engineer to solve problems across all aisle,” she said.

State representative and pediatrician Yadira Caraveo was the only Democratic candidate to meet ballot requirements and is therefore running unopposed.

University of Denver political science professor Seth Masket said Democrats in both Colorado’s 7th and 8th Districts lined up candidates that are likely to satisfy both party progressives and centrists.

“Biden won two years ago by double digits so even if there’s a pretty strong Republican wave it’s not likely to tip the state overall toward Republican candidates,” Masket said.

“I am a legislator. I’m not an instigator,” Coram said from the road. He’s been traveling an average 250 miles per day through the district that stretches 27 counties from the state’s northwestern and southwestern corners east to the Rocky Mountains down the middle.

“The current congresswoman has absolutely zero interest in legislation, is loud, is boisterous, and certainly not civil to a lot of people,” Coram said. “My supporters are sick and tired of extremism from the left and the right. They are the 80% in the middle who are being ignored.”

Coram took over Scott Tipton’s seat in the state Senate when Tipton ran for Congress in 2010. Boebert handedly beat Tipton in the 2020 primary, then defeated Democratic candidate Diane Bush with 51% of the vote. That narrow 1% lead gives Democrats hope of breaking into a district which has consistently supported Republican presidential and gubernatorial candidates since 2000.

“Lauren Boebert only had 51% of the vote. She didn’t win her home county, and there are those in our district who don’t care for her,” said Adam Frisch, a businessman and former Aspen City Council member running to represent the 3rd District as a Democrat.

On his “Beat Boebert Brewery Tour” across the district, Frisch tells voters even though the idea of marching in a parade gives him the heebie-jeebies, he is running for office because he thinks he is the only person who can beat the incumbent.

“The district is 25% Democratic, 31% Republican, and 43% unaffiliated. So my simple math says the Democrats can’t do it by themselves,” Frisch said. “Someone has to build a coalition with some of the disenfranchised Republicans, which there’s a lot of, and a bunch of unaffiliated voters.”

“When I saw Jan. 6 happen, and then continued to see Lauren Boebert, making a mockery of this district, I looked around and thought the Democrats were just being way too polite about it,” Walker said. “So I decided to step up because I’m qualified for the job and I’m unafraid to speak my mind.”

Over a span of three days, Walker campaigned from the Western Vail Valley to Durango, Telluride, Grand Junction, and Boebert’s hometown of Rifle.

“Folks in Rifle are very sweet,” Walker said. “Anywhere you go, there are going to be a handful of very vocal folks who support Boebert, but I’ve actually found in both blue parts and red parts of the district most voters are actually moderate and more than willing to hear my commonsense policies.”

“Clearly she was involved in some way in the Jan. 6 insurrection,” said David Wheeler, president of the American Muckrakers PAC. “She was giving tours the day before. We’ve all seen the group photos out in front of the Capitol with individuals that have been charged for their involvement in the insurrection.”

On Tuesday, Wheeler’s group accused the anti-abortion crusader of undergoing the procedure herself. The Fire Boebert campaign additionally claimed she used campaign funds to pay off business taxes and worked as an escort. On Twitter, Boebert called the claims fake news.

Like her role model, Donald Trump, Boebert thrives on adversity and counts on a strong base of diehard supporters to get her through November. Her campaign did not respond to Courthouse News’ interview requests.

“With how much money Lauren Boebert has raised and how much popularity she has with the conservative base, I don’t think that’s going to be a competitive primary,” said Michael Fields, president of the conservative advocacy group Advance Colorado.

“Especially in a midterm year like this where there’s going to be a red wave, that district got slightly more conservative than last time. I don’t think that that Democrats have any chance of winning the third,” Fields added.

Voter turnout is always highest among enthused constituents. This year conservative voters see no shortage of causes to fight for.

“I’m very hopeful this election will be different,” said Anne Luzano, a Republican who lives in Loveland. She said she will support any candidate campaigning on “rights for unborn children and upholding the constitution, the Second Amendment, and being able to say what we want to say without having people take us off the Internet.”

Voters will decide who fits the bill when votes are counted on June 28.