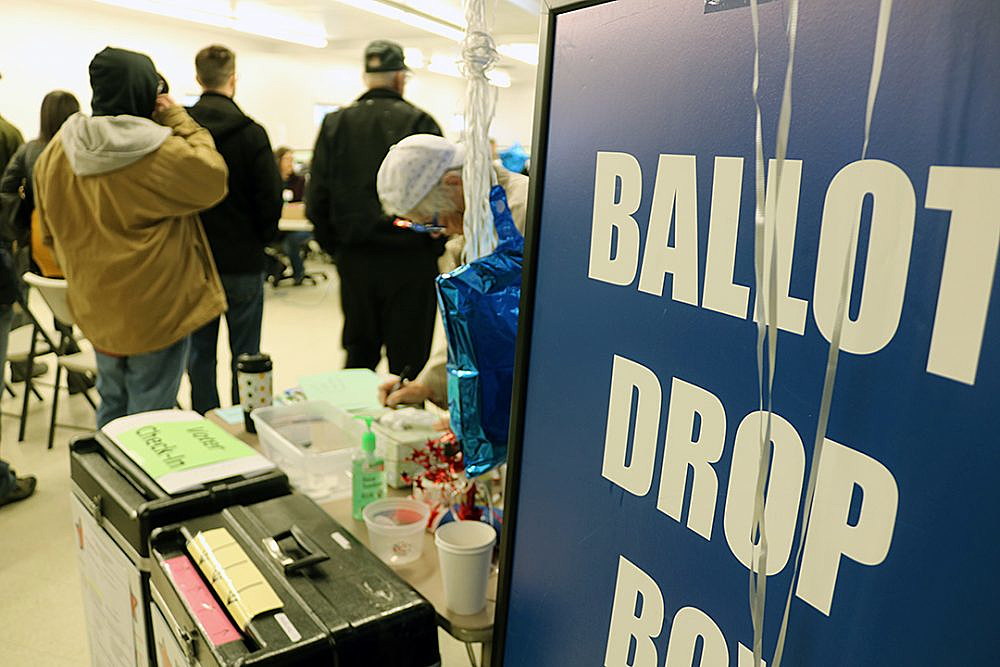 HELENA (KPAX) – Voters are heading to the polls Tuesday for Montana’s Primary Election and for the first time in more than 30 years, Montanans are voting in two different US Congressional districts.

Montana’s First Congressional District covers the western half of the state and includes cities such as Bozeman, Butte, Kalispell, Missoula, and Whitefish.

The Republican candidates in the primary race for the congressional seat include twice-elected former congressman Ryan Zinke. Zinke left congress in 2017 to become President Donald Trump’s Secretary of the Interior. Ethics officials later found he misused his position to advance a development project in Whitefish.

Four Republicans challenged Zinke for the congressional seat. Former Montana State Senator Al Olszewski is an orthopedic surgeon from Kalispell. Mary Todd is a Kalispell business owner and pastor. Whitefish contractor and businessman Mitch Heuer is in the race as is Matt Jette, who is a Missoula professor and government teacher.

The Democratic primary candidates include Cora Neumann, a non-profit executive from Bozeman, and Monica Tranel, a Missoula lawyer who was the staff attorney for the Montana Public Service Commission and later for the Montana Consumer Counsel. The third candidate is a former Montana State Representative from Missoula Tom Winter.

Montana’s Second Congressional District covers the eastern half of the state and includes cities such as Billings, Glendive, Great Falls, Helena and Miles City. The Eastern District has a twenty-two percentage-point Republican lean, according to Dave’s Redistricting, which analyzes congressional districts.

Rosendale’s opponents have attacked him on his many no votes in Congress and his lack of agricultural experience. But Rosendale has defended his voting record, saying he couldn’t support legislation to over-extend government power and spending.

The Democratic primary for the second district was disrupted in May by the death of Phillipsburg State Senator Mark Sweeney. The two-term state lawmaker was the best-funded Democratic candidate in the race. If Sweeney’s name still gets the most votes in the primary, the Montana Democratic Party will hold a nominating convention to select a candidate for the November General Election.

Whichever candidate wins in each primary will advance to the November General Election.

Billings financial advisor Gary Buchanan will also likely be on the ballot. Early numbers from the Montana Secretary of State’s Office show Buchanan’s campaign may have gathered enough signatures for his name to appear on the ballot as an independent candidate.

Two seats are up for reelection on the Montana Supreme Court. Justices Ingrid Gustafson and James Rice both face primary challengers for their seats. However, both Rice and his opponent — Billings attorney William D’Alton — are set to advance to the general election.

Two people have challenged Gustafson in the primary for her seat. Gustafson was appointed in 2017 and ran unopposed for retention in 2018. She said she is the best candidate because she’s done the job for about five years and she’s a dependable member of the state’s highest court.

Her opponents are Montana Public Service Commission President James Brown and Lewis and Clark District Court Judge Mike McMahon. Brown is the clear pick for the Montana Republican Party. However, Montana Supreme Court races are meant to be non-partisan and McMahon has placed himself as the middle ground between Brown and Gustafson.

The top two candidates in Gustafson’s primary will appear on the November ballot.

Registered voters in Montana can cast their in-person ballots and deliver their absentee ballots until the polls close at 8 p.m. on Tuesday.