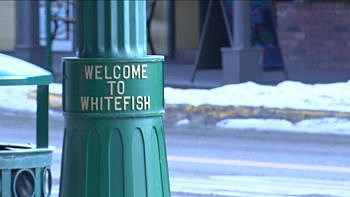 (KPAX) WHITEFISH — The City of Whitefish has become the latest Montana municipality to require the wearing of face masks in indoor public settings.

The decision was made during a special meeting on Tuesday morning where the public was also allowed to comment on the proposal. The order was passed unanimously by the Whitefish City Council.

The mandate would require businesses to require masks by patrons. The city stressed that if a violation is found within a business the first step is reaching out to inform the business before any citation.

They won’t just cite businesses. If the business doesn’t comply, a civil citation could be ordered and the city could pull the business license. Violations will be reported by a formal complaint.

Whitefish city manager Dana Smith said an online form will be created where people can submit a complaint.

For individuals who don’t comply, the police department would be called and it would be cited as disorderly conduct. Fines could be up to $300 for the first and up to $500 for a second offense.

However, city officials stressed that if you see someone walking down the street and is socially distancing not to burden 911 with calls. Instead, call Whitefish City Hall.

People at city meetings and organized gatherings of 20 or more would be required to wear a mask.

Those who work in a personal office won’t be required to use a mask if in a private office. However, people in a common area or who face the public must wear a mask.

Smith told MTN that signs will be made for businesses to be posted outside. Smith added that the city is looking to install signs on roads and is working with MDT to do so.

She added that the city is working with Whitefish Convention and Visitors Bureau to create a PSA for tourists visiting Whitefish so they are aware of all the city’s regulations.

Exemptions are being made for children under 12 who are with an adult. Medical conditions, mental health or developmental disability, are not required to have documentation.

The ordinance would also not require a mask during heavy exercise, swimming. A mask would not be required for patrons who are actively eating and drinking in a public restaurant or bar.

Mayor John Muhlfeld told MTN that the ordinance will go into effect Wednesday morning and will last for a month. However, the city council can extend the mandate.

A city official told MTN News that as of 9:30 a.m. on Tuesday they had received a total of 356 public comments in response to the proposal – 69% in favor, 27% against and 4% listed as other.

But the mayor stated that if people did not follow masking suggestions the city would consider moving forward and making it mandatory.