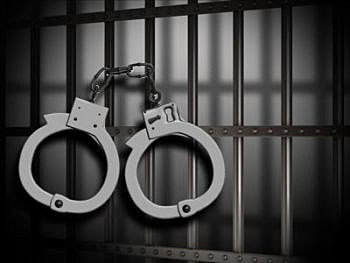 As the justice system in Missoula develops new ideas around incarceration, the county detention center and tribal defenders on the Flathead Reservation hope to maintain an agreement intended to help Native American inmates land on their feet upon reentry into the community.

To do so, the Flathead Reservation Reentry Program is seeking another round of funding from the federal Second Chance Act to continue its partnership with area jails, one that dates back to 2015.

Missoula County on Tuesday approved the agreement needed to apply for the funding.

“We’re again going for Second Chance Act funding to continue the Flathead Reservation Reentry Program,” said Ann Miller, the managing attorney for the Tribal Defenders Office. “We hope this funding will keep us going for another three years.”

For the past six years, the program has collaborated with corrections, supervisors, law enforcement and other stakeholders to improve outcomes for adult offenders who are members of a federally recognized tribe as they return to the Flathead Reservation from incarceration.

“We collaborate with other partners within the Tribal Defenders Office that provides a holistic defense model,” she said. “We have access to cultural mentors, psychologists, attorney and advocates. We find that early engagement is the most effective way to engage our clients and offer services to them.”

The agreement between the Tribal Defenders Office and Missoula County assures that attorneys, case managers and psychologists have access to Native American inmates. For now, Miller said, that access includes phone calls and Zoom contact.

When safety allows, the agreement will return to face-to-face contact.

“Thanks to the agreement, we can come into the jail and meet with our clients before they’re released so we have a plan before they’re able to enter back into the community,” Miller said. “Access has always been granted us. We’re grateful to the sheriff’s department for doing that.”

According to the Montana Department of Corrections, Native Americans comprise around 17% of all state inmates, though they account for only 6.5% of all Montana residents.

“At the Tribal Defenders Office, we’re trying to meet the needs of the community, and reentry clearly came forward as a need on the Flathead Reservation,” Miller said. “We also know that if we’re doing something and it’s not work, we can change it. We’re always open to new ideas.”

Jail diversion and reentry efforts have become an area of greater focus in recent years. Missoula County has applied for grants seeking funding from the Montana Board of Crime Control to launch supportive housing for former inmates as they reintegrate into the community.

The Missoula County Sheriff’s Department, the County Attorney’s Office and city and county leaders also have embarked on new jail reforms and changes to the criminal justice system.

In 2016, when the Missoula County Jail Diversion Plan was first released for public input, it found that 83% of those booked into the county detention center were being held on nonviolent charges, and a disproportionate number of them were Native American.

At the time, Native American men represented 13% of the jail population, even though they represented just 2.9% of the county’s population.

Miller ensured that the new agreement with Missoula County included a clause on partnering on future jail diversion projects.

“I just wanted to have language in there that opens the door to that, especially as we see the Missoula justice system opening up to new ideas about detention and how to assist people with reentry,” Miller said. “We will certainly be at the table in terms of ideas on how to serve our Native American clients.”