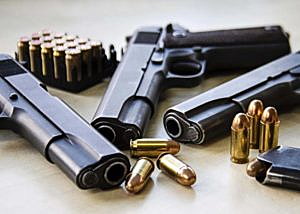 HELENA (MTFP) On June 1, Montana’s new constitutional carry law will go into effect on college campuses across the state, adding guns to the complex tapestry of everyday life for professors, students and staff. And as that date inches closer, higher education officials are tackling an ever-growing list of questions and concerns about how the law will be implemented.

The discussion will culminate May 26-27 with the Montana Board of Regents’ consideration of a draft implementation policy from the Office of the Commissioner of Higher Education (OCHE). Members of the public will have a chance to weigh in during a virtual listening session on May 12, and OCHE is already accepting public comment via email (oche@montana.edu).

According to Brock Tessman, deputy commissioner for academic, research and student affairs at OCHE, the objective is to collect as much input as possible and channel the new law into a policy that works for the entire Montana University System — a task he described as a “big lift.”

“I think that the main goal for our policy is just to be as clear as possible and as structured as possible so that people aren’t surprised, students and employees aren’t surprised, they understand what the rules are, what spaces will be gun free and which ones wouldn’t be,” Tessman said.

So far, feedback from various corners of Montana’s campuses has generated a long list of questions that policy will have to answer, such as how to clearly identify on-campus events and venues where guns won’t be allowed. After significant lobbying by OCHE and the regents this year, the law was amended in the Legislature to give universities the ability to prohibit or regulate guns at athletic and entertainment events and events where alcohol is served.

Tessman said campus security personnel have also been a “central part” of the conversation on specific policy points including holstering requirements for firearms. He added that the office has also gleaned insight from university policies in other states with constitutional carry laws such as Texas and Colorado.

Based on what Montana Federation of Public Employees President Amanda Curtis has heard, some people working campus security are troubled about the law’s implications. Her union represents police officers tasked to the Montana State University campus, and she said they were fine with the regents’ old policy of allowing only law enforcement officers and private security personnel to carry guns on campuses.

Proponents of the constitutional carry law argued that the change is a matter of safety, allowing individuals to defend themselves and others against violent attacks. But according to Curtis, the view from her members isn’t quite so black and white.

In addition to decision-making authority over on-campus events, lawmakers reserved to universities and the regents the ability to bar firearms from dorm rooms absent the express permission of a gun owners’ roommate. Such a policy may require some sort of software to track those permissions, Tessman said, a point that speaks to the myriad investments campuses will have to make to accommodate the new law.

It also speaks to a broader consideration that OCHE and the regents will have to weigh in the coming weeks: the impacts of constitutional carry on student recruitment. Tessman confirmed that OCHE had heard from some parents and students that the new law would be a factor in their consideration whether to attend a Montana university or college, but he cautioned that it’s “kind of too early to tell” how big a factor it might be.

Dave Kuntz, director of strategic communications at the University of Montana, said university staff have fielded occasional questions from prospective students about the new law this spring, but indicated that it’s not one of the top issues influencing students’ decisions. He added that a formal policy from OCHE and the regents will give UM more clarity about how exactly to answer those questions.

“If I were to pick a theme of things we’re hearing, it’s just the uncertainty of how this is going to be implemented and implemented safely,” Kuntz said.

For university employees, personal safety remains one of the biggest unanswered questions thus far. According to Curtis, faculty have been left wondering whether they can ban guns from their classrooms, as they’re currently free to do with items like beverages or recording devices. Staff in public-facing offices like admissions or financial aid are awaiting details on how the university system plans to keep them from potential harm.

“They’re feeling very vulnerable in their workplace and they’re wanting to know what their right to a safe work environment is under the new law,” Curtis said.

Inevitably, constitutional carry will necessitate robust education and awareness campaigns on campuses across Montana, not only on the new gun rules but on the mental health implications. Critics of the law have expressed grave concerns about students experiencing suicidal ideation having ready access to firearms in residence halls. In recent years, and especially since the onset of COVID-19, Tessman said, Montana’s university system has worked hard to improve access to mental health resources for students. In light of the new law, he continued, “we’ve even got to take it another step.”

“You’re going to have a bunch of students who are coming out of a pandemic and probably really working through some difficult things because of that,” he said. “And then for a certain section of our students, I wouldn’t say all of them to be truthful, but I think a certain section of our students, the presence now of guns on campus is going to add another challenge and could produce some more mental health issues.”

Curtis notes that the regents do have one option beyond the policy OCHE will introduce next month. A legal note prepared during the Legislature’s deliberations indicated that the law may infringe on the regents’ constitutional authority over the university system. Curtis said MFPE’s members will be asking the Board of Regents next month to file a lawsuit on those grounds and fight to keep its current gun policy in place.

“We really think that that’s the issue at hand here,” Curtis said. “It’s not even a matter of gun safety. It is a matter of the Montana Constitution having vested the Board of Regents with the authority to govern college campuses, end of story.”