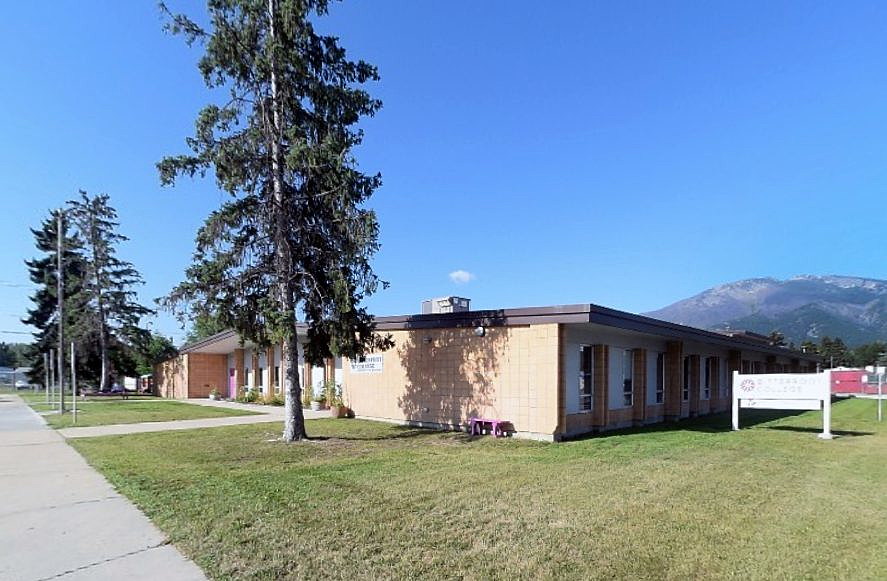 (Daily Montanan) For the first time in a few decades, a new community college in Montana cleared a major hurdle with the Legislature’s approval of the Bitterroot Valley Community College District in Ravalli County.

In 2009, the Legislature opted against forming the district, but the Bitterroot College program formed, according to the college’s website. This year, Sen. Jason Ellsworth, R-Hamilton, sponsored the joint resolution to approve the district, and he said he believes the community college is the first one to launch in the state in some 50 years.

“The valley is growing, and we believe it will continue to grow,” Ellsworth said. “That’s what it is showing. So we want to try to keep those students and younger people in the valley.”

Victoria Clark, director of the college that’s currently under the University of Montana umbrella, said the school’s headcount for spring was 147 students for college credits, and 252 for continuing education. She anticipates enrollment will double within three or four years.

“While we are on the fast-track to get the transition to the new college complete, this type of work is inspiring, exhilarating, and purposeful,” said Clark in an email. “There is so much promise for the community with the new college, so many service gaps to fill and new training directions to explore. It is an exciting time to be in education and workforce development in our community.”

Approval of the district in the 2021 legislative session, along with a last minute $400,000 shot in the arm for the college’s startup costs, obviously will support education in the fast-growing Bitterroot Valley. Ravalli County’s population ticked up 8.9 percent to 43,806 from 2010 to 2019.

However, support for the college also reflects a larger and long brewing push to augment the career and technical side of higher education in Montana. This year, the Legislature also green-lighted Hamilton Republican Rep. David Bedey’s bill that overhauled the way community colleges form, and it said yes to legislation sponsored by Rep. Llew Jones, R-Conrad, that revised the funding formula for those campuses.

Jones, though, said the change is designed in part to elevate career and technical education in Montana. It’s a move he believes will provide more opportunities for high school graduates — roughly half of the 12,000 to 14,000 or so don’t go on to a four-year campus, he said — and one that will support the state’s long-term economic success.

“It’s been a significant push, but we are moving the needle,” said Jones, a longtime lawmaker.

In 2017, the National Conference of State Legislatures released a study called “No Time to Lose: How to Build a World-Class Education System State by State.”

But the report pointed to commonalities among other world-class systems, including a strong early education system, professional teacher workforce, and “robust” career and technical education, CTE. Jones, the Montana representative on an NCSL study group, offered one takeaway for Montana.

As such, one aspect of the funding change creates an incentive for campuses to grow those programs, he said. Basically, when a community college enrolls a student into a career and technical program, the school gets 1.5 the normal amount of state funds, a recognition of the higher cost of CTE, he said.

Ron Slinger, president of Miles Community College, said he still isn’t completely thrilled with the new funding formula because it relies partly on enrollment, but the cost of an instructor and classroom is the same whether it has 12 students or 20.

“The Montana University System was down in enrollment this last year, but they received an increase in funding,” he said. “In our funding formula, if we’re down, we get less funding. So that seems counterintuitive for a long-term investment.”

However, Slinger said Jones heard the concerns of the community colleges, and legislators made some helpful adjustments to the formula. And Slinger, too, sees significant potential in career and technical education and noted the bump in funding for CTE students.

The colleges hear the call for more career and technical education, but community colleges need a way to pay for upfront costs to start new programs or expand existing ones, Slinger said. Take meat processing, a new program at Miles this year that started with a $116,000 grant from the U.S. Department of Agriculture and $25,000 from the Northwest Farm Credit Services.

As Slinger sees it, a shift needs to take place so people understand the possibilities that career and technical education offer when combined with entrepreneurship. Getting a commercial driver’s license doesn’t just mean you can drive a truck, he said, it means you can start your own trucking company.

“I think that’s where the huge growth potential is,” Slinger said.

“I think that would also excite their families. I think Rep. Jones is right. We need to change that dialogue,” Slinger said.

Jones said he supports academic four-year institutions — he has children who attended Harvard University and Brown University — but he nonetheless wants families to see community college programs as viable alternatives. High schools play a role too, he said, because kids need to see those career options earlier: “If you never get to see it, how do you know?”

But he said the formula will help the state too: “When you’re taking a look at where our workforce shortages are, I believe it will make a difference.”

(Just try finding a carpenter for less than $50 an hour, Ellsworth said. Meanwhile, he has a friend who runs an HVAC company, and he said the employees earn $80,000 with a truck and a two-year degree.)

After pushback from the colleges, Rep. Bedey said legislators made adjustments to the formula. In “very rough” terms, he said, half the budget for a community college comes from the state and half comes from local property taxes and tuition.

As he sees it, the old formula didn’t make sense for the state in that it didn’t reliably track with enrollment. The change means a campus gets its prior appropriation, adjusted for inflation, and corrected for enrollment increases or decreases, he said. Bedey said the formula also moderates for decreases, so instead of losing all $6,000, say, if a student leaves, a campus would lose $3,000.

“We worked hard during the interim to come up with a solution,” Bedey said. “I’m not entirely sure all three of the existing community colleges are happy with where things landed, but I think that we provided a reasonable solution, and I don’t think they’re up in arms over it.

“It’s good for the taxpayers, and we want to support the community colleges, and we also want to provide more career and technical education opportunities.”

Clark, director of the Bitterroot College, said the college still faces some hurdles, but the work the Legislature did will have a great impact on the school and the community.

“This change in governance structure from Bitterroot College UM to Bitterroot Valley Community College is night into day,” Clark said in the email.

It means the college will be controlled locally and can respond quickly to workforce needs in Ravalli County, she said. She said it allows the community to create its own vision for the college as well.

Voters in the proposed district supported the college with 59 percent of the vote, according to the resolution. For the college to get off the ground, they’ll have to vote in favor of an operating levy as well, Clark said.

The target date for completing the transition is July 1, 2023, she said. The general fund operating budget for the college is anticipated to be roughly $2 million, with $1.1 million from the state and the rest from tuition and local support.

Programs are still in the works, but Clark offered a preview of the ideas on the table.

“I believe trades programs paired with apprenticeships to respond to the county’s post-COVID construction boom will likely be on the docket,” she said. “Too, I believe the new college will likely be looking to serve new and growing industries in the area, especially biotech and value-added agriculture. Finally, I believe healthcare credentials from phlebotomy to medical lab techs to nursing will be a focus.”