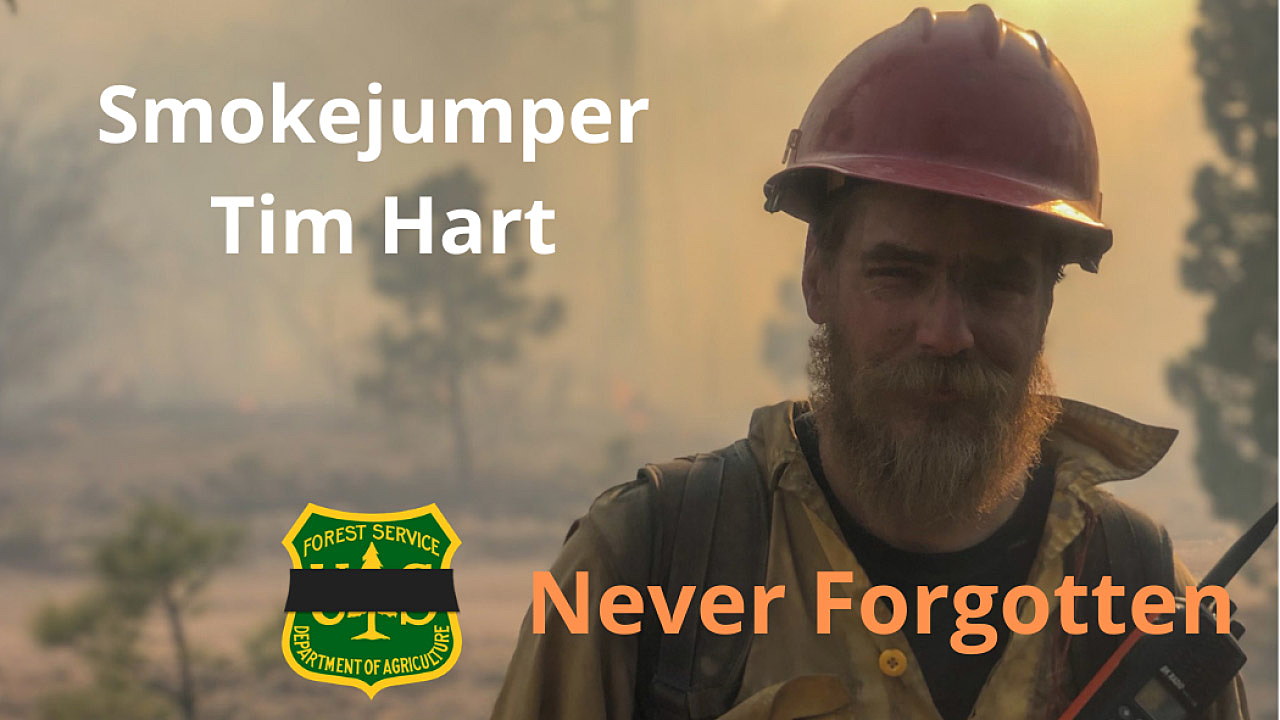 The U.S. Forest Service has confirmed the death of wildland firefighter Tim Hart while fighting a fire in New Mexico.

Hart, a USFS smokejumper, died from injuries sustained on May 24 while responding to the Eicks Fire in Hildago County, New Mexico.

In 2009, he joined the Shoshone National Forest as a Lead Forestry Technician on an engine and in 2010 detailed to the Asheville Interagency Hotshot Crew as a Lead Firefighter.

Hart also worked for the Bureau of Land Management on the Ruby Mountain Hotshot Crew before joining the smokejumper program in 2016 and relocating to Grangeville, Idaho as a Rookie.

Hart continued his wildland firefighter journey in West Yellowstone, arriving in 2019 as a Smokejumper Squad Leader, then in 2020 as a spotter.

“I am saddened to hear of the passing of Tim Hart. Cindy and I will be praying for his family and the whole wildland fire community in this difficult time,” Daines said. “Tim bravely served as a West Yellowstone Smokejumper and protected communities from devastating wildfires. I’m thankful for his service.”

The Forest Service said memorial service information is not yet available and to check this link for further information: https://www.fs.usda.gov/custergallatin

Shoshone National Forest will ensure families receive all condolences sent to this address: