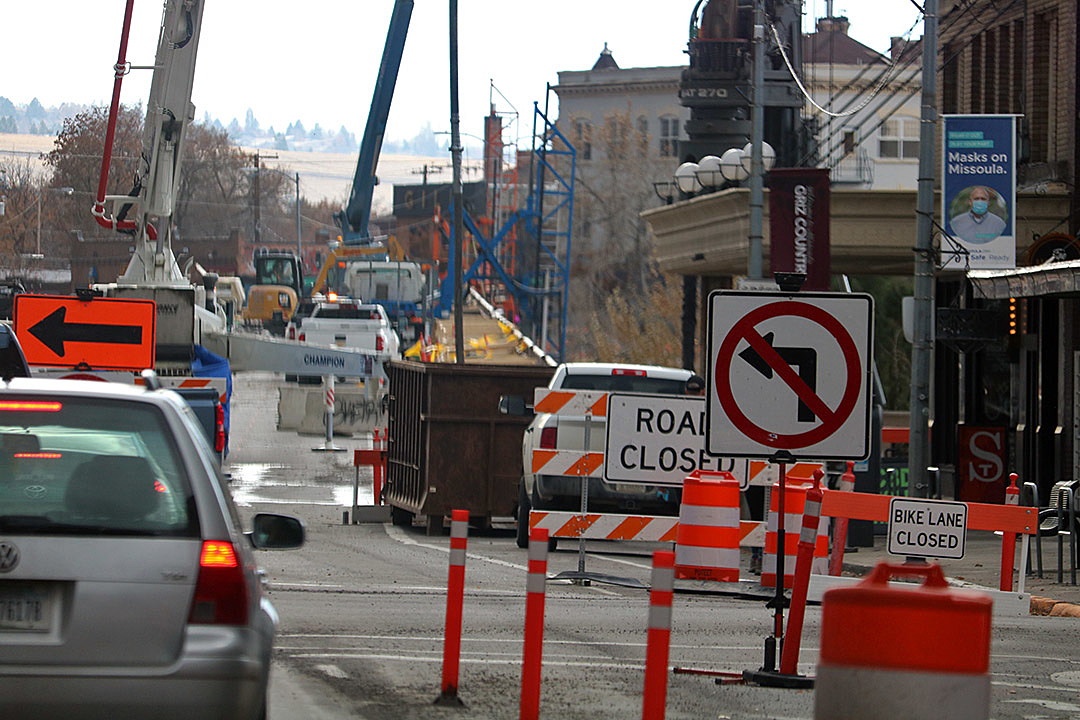 The poor condition of some structural supports and steel braces are among the reasons the Montana Department of Transportation this week issued a weight restriction for a major bridge in downtown Missoula.

On Friday, the agency identified the reasons it established the 10-ton weight limit on Beartracks Bridge earlier in the week. The restrictions were put in place as a precautionary measure.

“Proceeding with an abundance of caution is always the prudent decision,” said Tony Ewalt, the senior vice president of Sletten Construction. “Sletten Construction will continue to work closely with MDT and its engineers to ensure the best results for this rehabilitation project and the continued safety of the traveling public.”

Crews completed the western portion of the bridge earlier in the summer and began deconstructing the eastern portion as part of the project.

It was then, according to MDT, that engineers noted the degradation of several structural supports on the eastern portion. Further inspection also found that several steel components on the western portion needed to be replaced.

“This is an old structure,” said Bob Vosen, the Missoula district administrator for MDT. “When you rehabilitate an existing structure, there are bound to be some unique challenges.”

Vosen said the bridge remains safe for use and the weight restrictions are temporary.

“Although the west side of the bridge appears complete, it remains an active construction site,” MDT said in a statement. “While traffic is moving on the surface of the bridge, there is still work taking place below. The weight restriction, although temporary, will be adapted, modified or lifted as further analysis dictates it is prudent to do so.”

The bridge has been challenging from the beginning. The project was intended to start last year, though the initial bid came it at $37.7 million, well over the project’s $17 million budget.

The overall project looks to rehabilitate the deterioration that’s taken place over the structure’s 56 years of service. That includes replacing the deck and repairing the superstructure and concrete supports.