Origin of modern domestic horses traced back to Russia

(CN) — Researchers have traced the origins of modern domestic horses back to around 2,200 B.C. in a region of southern Russia, contradicting the theory that horseback riding facilitated the massive expansion of Indo-European populations from the Western Eurasia steppes into Europe.

Horse domestication and the use of horses for transport – be it by wagon, chariot or mounted horseback riding – transformed nearly every aspect of the ancient world, earlier studies have shown. It altered the trajectories of not only mobility, but also warfare and communication, agriculture and diseases.

While there is archeological evidence of a type of domestic horse living alongside humans in the Botai settlement in Central Asia around 3,500 B.C., modern domestic horses are not descendants of those ancient horses as Botai horse domestication remained a localized practice within a sedentary settlement, according to a study published Wednesday in the journal Nature.

“We knew that the time period between 4,000 to 6,000 years ago was critical [to horse domestication] but no smoking guns could ever be found,” French National Centre for Scientific Research paleogeneticist Ludovic Orlando said in a statement.

So despite the key role horses have played in shaping human history, until now little was known about where and when they were first domesticated. 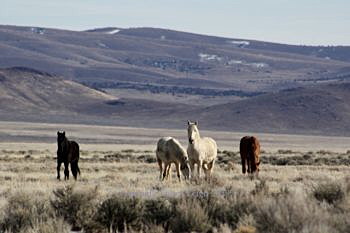 To pinpoint the domestic horse’s genetic origins, a team of 162 scientists — specializing in archaeology, palaeogenetics and linguistics — analyzed the genomes of 273 ancient horses that lived between 50,000 and 200 B.C.

The horses used in the study once lived in Iberia, Anatolia and the steppes of Western Eurasia and Central Asia, all places considered to be the possible home of horse domestication, according to the study.

The team, led by Orlando, found that, between 2,000 and 2,200 B.C., a single genetic profile — previously confined to the Pontic steppes, or North Caucasus in southern Russia— began to spread beyond its native region.

Researchers note two discoveries that contradict the previously held belief that horses facilitated the spread of Indo-European languages about 1,000 years earlier in 3,000 B.C.: The genetic makeup of those early horses isn’t consistent with that of modern domestic horses, and they didn’t spread far out of their region.

Instead, genetic analyses show the spread of domestic horses coincided with the spread of Indo-Iranian languages and was initially facilitated by horseback riding and later by chariots, which first emerged around 2,000 to 1,800 B.C.

Researchers hypothesize that competition for grazing lands may have given rise to advanced weaponry and fortified settlements, and by about 1,500 to 1,000 B.C., the genetic profile of domesticated horses replaced all the wild horse populations from the Atlantic to Mongolia.

“The genetic data also point to an explosive demography at the time, with no equivalent in the last 100,000 years” Orlando said. “This is when we took control over the reproduction of the animal and produced them in astronomic numbers.”

Scientists found the reason for the rapid growth in domestic horse population was likely driven by specific traits, such as docile behavior and a stronger backbone for horseback riding. Those characteristics ensured the animals became highly valued commodity and status symbols just when horse travel was becoming more widespread.

The embracing of horsemanship, “whether for warfare, prestige or both, probably varied between decentralized chiefdoms in Europe and urbanized states in Western Asia” and “transformed Eurasian Bronze Age societies globally within a few centuries,” the researchers note.

The findings, they add, demonstrate the importance of incorporating the history of animals when studying human migrations and encounters between cultures.