(KPAX) The Maclean Family is once more calling for passage of the Blackfoot Clearwater Stewardship Act, with noted author and fisherman John Maclean appearing in a new video where he calls the Act “good compromise legislation.”

“It would help protect the upper reaches of the Monture Creek and the North Fork of the Blackfoot. These are vital spawning grounds for the Blackfoot,” John Mclean said in the streamside interview.

To Maclean and his family, the Blackfoot River is a legacy going back four generations, a legacy made famous in his father Norman’s book, “A River Runs Through It” and his own new book, “Home Waters,” released last summer.

“My Dad’s book, ‘River Runs Through It’ transformed the state of Montana and changed fly fishing and made it an international phenomenon,” Maclean said. “The Blackfoot River was in terrible shape at the time my Dad’s book came out. Well, the river came back. And frankly, it fishes today, when it’s fishing well, better than it did when I was a kid.”

It’s that personal message the producers of a new video hope will resonate with Montana residents and political leaders. The Montana Wildlife Federation, Wild Montana and Mountain Mamas want people to know about the collaborative support for the legislation which has been re-introduced by Senator Jon Tester, with support from ranchers, the timber industry, conservation groups and sportsmen, like Maclean.

“I can’t imagine what my life would be like without the Blackfoot River,” Maclean reflects. “It’s the common element for the people in my life. That I’m closest to. From my family to my best friends. But if you want to have the kind of experience my father wrote about, and that I wrote about, you can forget it, if we continue the way we’re going.”

Maclean pulls no punches, calling on Senator Steve Daines to fully back BCSA. 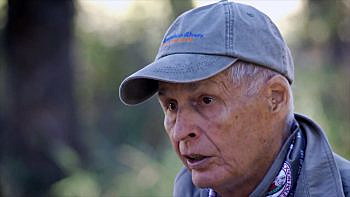 In a recent hearing, Daines praised the hard work of supporters of the Act, but also expressed reservations about the proposed wilderness set aside.

“The Blackfoot Clearwater Stewardship Act designates new wilderness, but without making a dent on the backlog of acres determined unsuitable for wilderness many decades ago,” Daines said in a statement, referring to some of the Wilderness Study Areas still being held by Congress.

He’s also presented letters showing BCSA opposition from some of the trail user groups, and Daines’ staff say he’s heard opposition from others “over the years”, including state lawmakers, county commissioners, sportsmen, and others who want legislation to resolve the W-S-A question.