Washington-Grizzly Stadium, and those that call it home, were built for nights like Friday. A playoff game under the lights on a chilly, Montana December evening. A conference opponent in town. An opponent that – no less – had already defeated the Grizzlies on the season.

In a matchup featuring one of the best offenses and one of the best defenses in the entire country, one could usually assume that a high-scoring shootout would favor the visiting Eastern Washington Eagles. Montana will forgive you for that assumption.

The last time the two teams met, Montana had victory on their fingertips. But a last second hail Mary was broken up at the last second, and Eastern Washington escaped Cheney with a win. This time, the Grizzlies left no doubt.

The defense withstood an outstanding performance from Eric Barriere, one of the all-time greats in the Big Sky Conference, the offense rushed for over 200 yards for just the second time all season and the special teams delivered its signature big plays for a complete 57-41 win.

Montana improves to 10-2 and advances to the FCS quarterfinal round with the win, the second time in as many full seasons. They now await the winner of No. 3 James Madison and Southeastern Louisiana.

Montana’s defense, the second best in the country in terms of points allowed per game, was put to the ultimate test. Barriere threw the ball an astounding 80 times, compiling over 530 yards and five touchdowns. But Montana got theirs as well. Despite allowing some big numbers, the Grizzlies returned an interception for a touchdown and a fumble inside the 10 to set up another score. 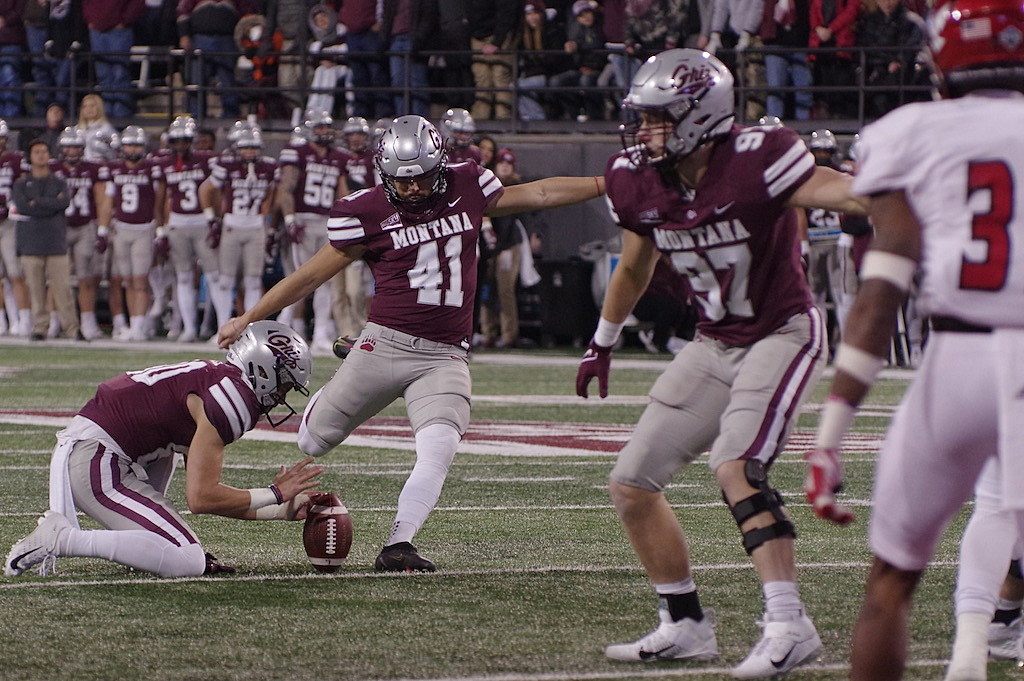 The special teams unit also came through with a massive play for Montana, blocking a punt to set the Grizzly offense up for another short score. Two weeks after his heroics against Montana State, Junior Bergen again flipped the field position all night long with four punt returns for 67 yards.

“They were huge,” Hauck said of the special teams unit. “Those kids work so hard at it and they play so hard and they know what the heck they are doing. They are smart football players, and the kicking game was dominant again today for I’d say the 11th time in 12 games. It was great.”