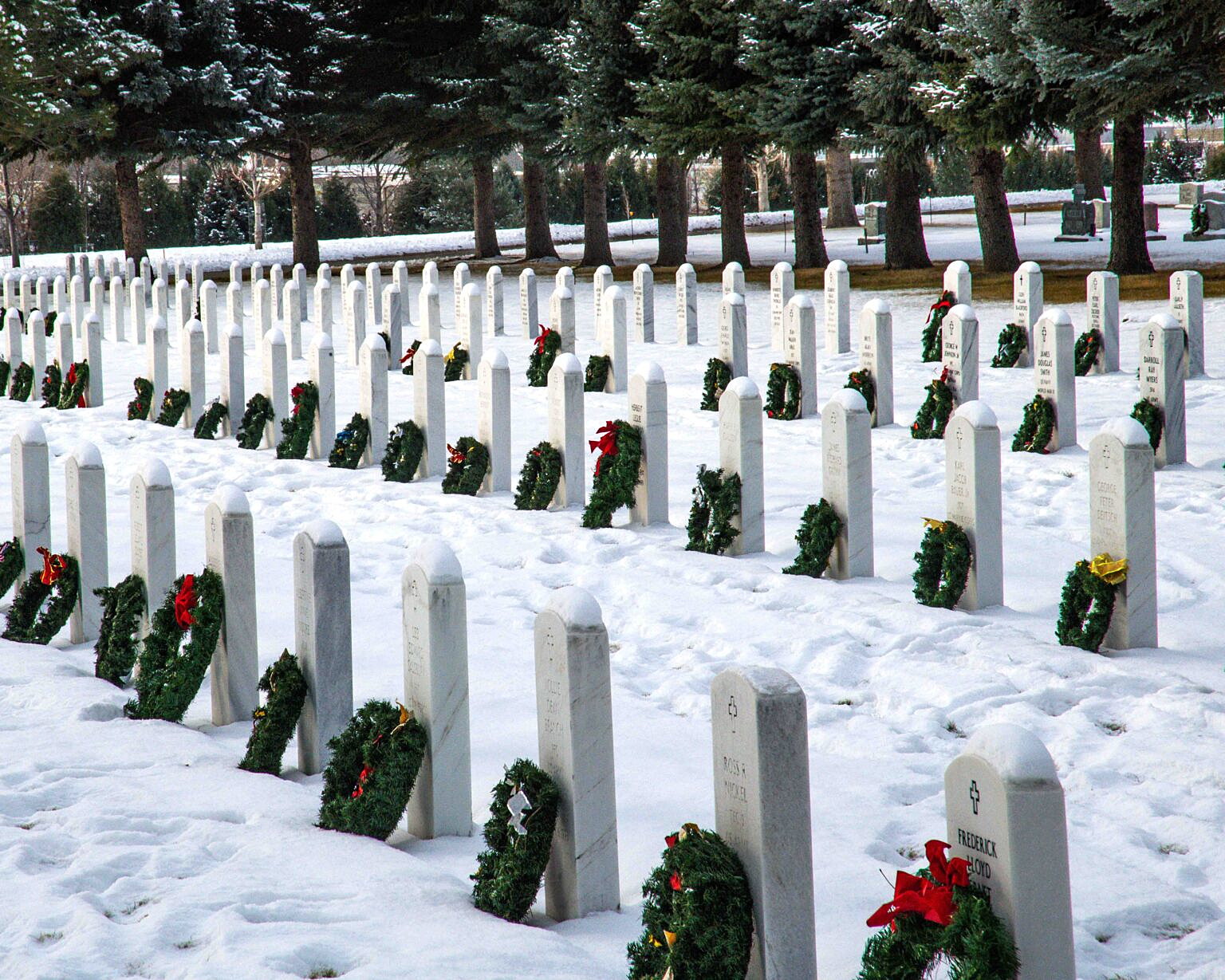 (Daily Montanan) Every Monday, Kathy Gordon works on Christmas wreaths. Her favorites are the red, white and blue ones.

Truthfully, she works a lot more than just Mondays, but with $1,500 in donations and the help of who she calls “an amazing group of little old ladies” who “make bows like there’s no tomorrow,” the work of wreath making is otherwise solitary, taking about 45 minutes to an hour to complete each one.

The wreaths all have the same destination – the veteran’s section of Mountview Cemetery in Billings.

It’s her way of honoring the veterans who served, making sure that no one is forgotten.

“My son is in that section,” Gordon said.

Sgt. Nathaneil G. Irish was laid to rest in the sprawling cemetery along Central Avenue in Montana’s largest city. Irish, who called Billings home, was killed in Iraq in 2019, after dying by suicide there. It was shortly after a mission that she said didn’t go well. Three other members of Irish’s unit died the same way.

She still can’t quite bear to read the accounts of that mission, and so the work of making wreaths to honor veterans during the holidays is a way to honor Nathan’s memory, and remember others whose families may not be able to do the same.

She doesn’t expect help placing as many as 800 wreaths on the white marble headstones. She’s still short of her goal of 1,300 which would cover all the veterans’ headstones in Mountview. But maybe that’ll happen next year.

“Nate would be proud,” she said through the tears. “He’d tell me not to make such a fuss.”

Local veteran and veterans advocate Ed Saunders happened to notice her placing the wreaths this year, the dark forest green, or the bright colors of the American flag stood next to the freshly fallen snow and the headstones that just sort of blend in. He photographed the scene and then helped place a few wreaths.

The idea for the wreaths originally came from participating in the national program, Wreaths Across America. But that wasn’t a good fit for Gordon. So she decided to undertake the project herself.

“We work day and night, and our fingers and our hands hurt,” she said of the wreath making. “But each one is more headstone that gets a wreath and one more veteran I get to honor. It makes me feel a bit better, but it doesn’t take away the grief.”