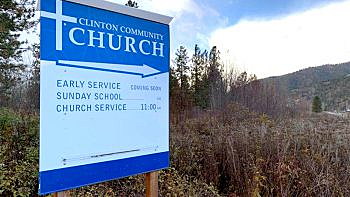 HELENA — A case involving a Missoula-area pastor, gay rights and the National Association of Realtors’ code of ethics may be the first legal test of the code, involving LGBTQ+ discrimination, an advocacy group says.

The head of the LGBTQ+ Real Estate Alliance also told MTN News this week that the pastor and part-time real estate agent should be temporarily suspended from membership in the Realtors’ group – and that the complaint against him should not wait for resolution of the lawsuit.

“Litigation, especially in a pandemic, could be strung out for years,” says Ryan Weyandt, CEO of the group. “This individual, who has been alleged by a member of the community to violate the code of ethics, thus invalidating his membership – for that to be strung out in limbo for years, I think is unacceptable.”

Clinton Community Church Pastor Brandon Huber is facing a complaint that he violated the NAR Code of Ethics’ prohibition on engaging in “hate speech” against anyone because of their sexual orientation.

Huber is suing the Missoula and national Realtors’ groups, saying the code of ethics should be invalidated because it’s too vague to be enforced and because it tramples on his religious beliefs.

His attorney, Matthew Monforton, told MTN News the ethics proceeding against Huber has been halted until the lawsuit is resolved.

The National Association of Realtors on Tuesday declined to comment on the status of the ethics proceeding, saying such cases are confidential. However, a spokesman for NAR said it’s confident the code and practice will “withstand judicial scrutiny.”

Weyandt said he believes the Huber case is the first legal test of NAR’s Code of Ethics, which was drawn up in 2020, and that the complaint is among the first involving the code and its ban on discriminatory actions against members of the LGBTQ+ community.

The complaint, filed this summer by a local citizen, accused Huber of engaging in “hate speech” when he withdrew his church from taking part in a Missoula Food Bank free-lunch program after it celebrated gay rights.

In an open letter to his congregation, Huber said the church could no longer partner with the Food Bank’s efforts because promoting gay/transgender rights goes against church doctrine that homosexuality is wrong.

Weyandt said Huber can hold and express any religious belief he wants, but that he can’t profess anti-gay views and still be a member of the Realtors’ group, according to the code of ethics.

“I definitely respect the individual’s right to their freedom of speech and expression, but when you’re clearly violating the governing doctrine of a private institution, that issues membership, that’s a whole other story,” he said.

However, if a Code of Ethics violation leads to Huber getting kicked out of the Realtors’ group, he could lose access to multiple-listing services for properties, making it difficult to conduct business as a real-estate agent.

Monforton said the alliance and the National Association of Realtors “won’t be satisfied until every Bible-believing Christian is purged from the real-estate industry.”