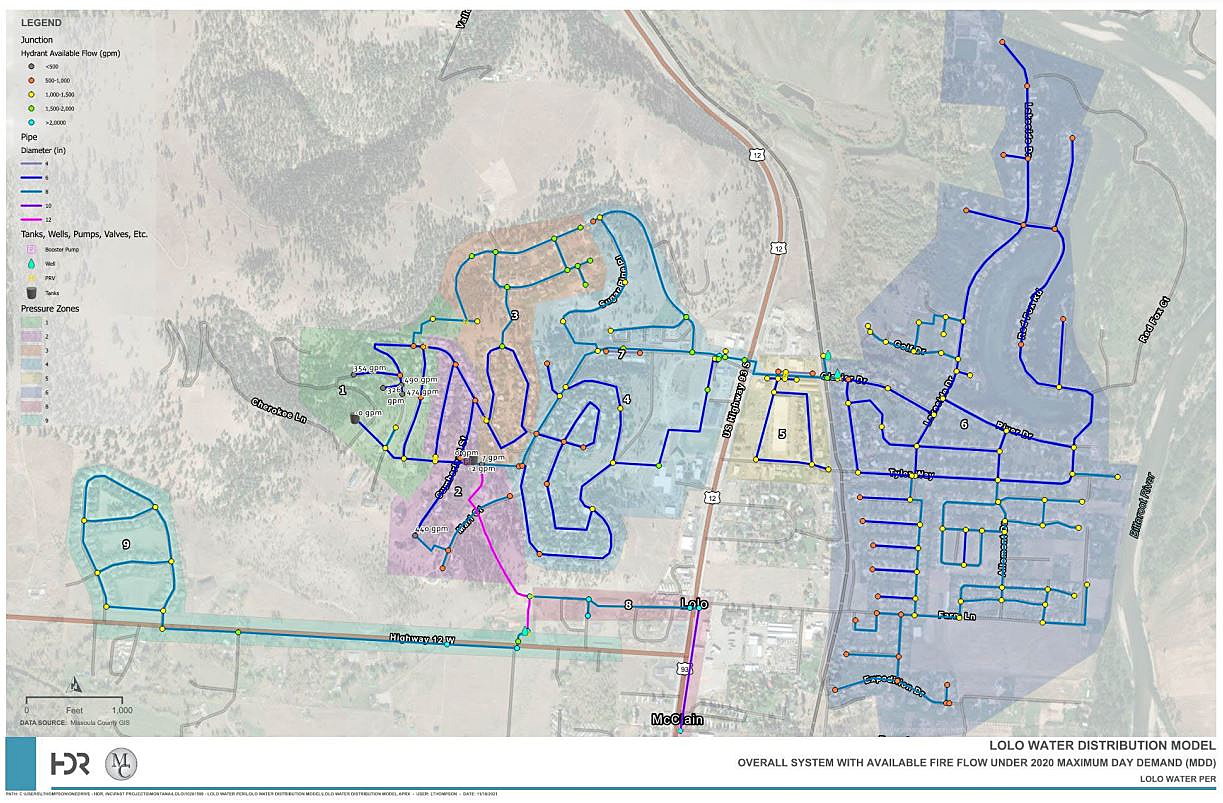 Anticipating future growth, Missoula County this week signed off on a plan to improve the water system in Lolo, saying more redundancy is needed to accommodate changes in the area.

The county is gearing up to apply for a competitive grant through the American Rescue Plan and hopes this time around its successful in landing the funding needed to make the improvements.

“It would upgrade a couple of wells so we’re pumping a little more water volume,” said Shane Stack, the county’s director of public works. “It’s not quite doubling those, but it’s close to doubling those.”

Groundwater remains the sole source of Lolo’s supply of drinking water, which is provided by three primary wells.

According to a county report, the system produced more than 290 million gallons of water in 2020, including industrial water service to the Lolo Creek Distillery and the Lolo Peak Brewery, along with commercial users.

The plan includes new connections to serve Lolo’s new school and to connect the east and west side under the railroad tracks.

“We’ll have quite a bit more connectivity from the east and western side of the track,” Stack said. “We’ve had a few breaks in the last few years in that main, and we’ve had to shut most of the system down to make that repair. With these redundancies, the area shut down when we have those breaks will be significantly reduced.”

Missoula County’s population continues to grow at an average rate of 1.1% annually. By 2040, it’s estimated that 140,000 residents will reside in the county, most of them in the Missoula metropolitan area and the surrounding communities.

Lolo is expected to capture a portion of that growth – anticipated at around 0.9%. At that rate, the community’s population would reach around 5,700 residents, marking an increase of about 1,300 people.

“Looking at future growth, it makes sure we have the water capacity to accommodate growth in that area,” Stack said.

The county also intends to apply $1 million in ARPA funding to make long-needed repairs to the Lolo wastewater treatment system. The work is expected to begin later this year.