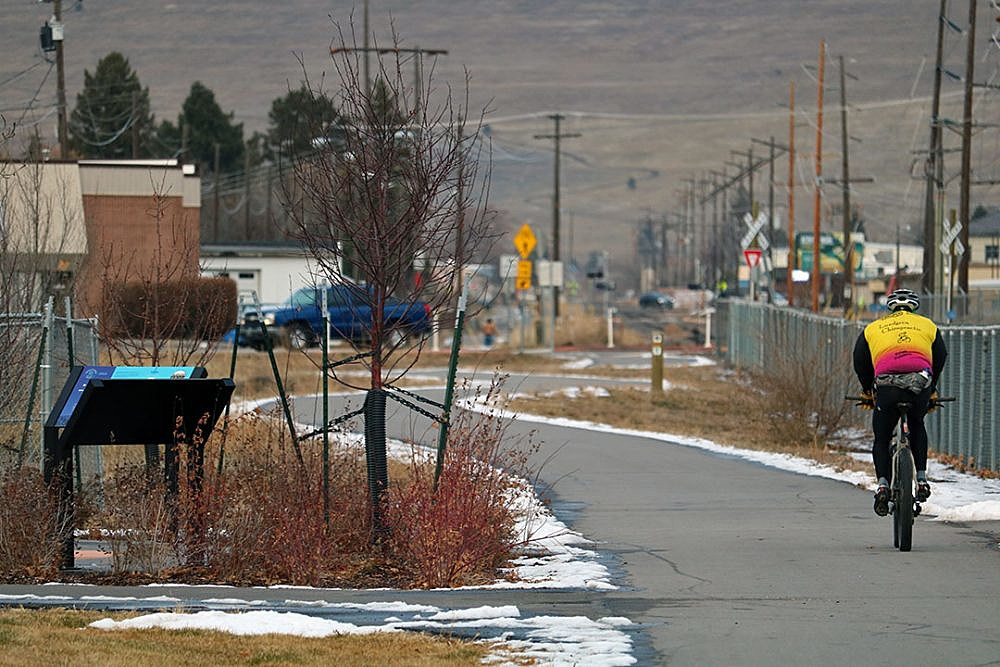 Over the past year, Missoula County planners and local engineers have poured over crash data, safety needs, maintenance costs and other records in a push to plan a countywide trails system for rural areas near the urban fringe.

Now, the Pathways and Trails Master Plan is nearing completion and could wrap up as early as summer.

“It’s really focused outside the City of Missoula. We want to capture these rural areas on the urban fringe where shared-use pathways are needed,” said county planner Travis Ross. “We want to be strategic about this and work toward a system we can sustainably maintain.”

While the project isn’t yet finished and will undergo one more round of public feedback, an initial vision is coming clear.

Based on the feedback of 445 responses from residents in different areas the county, connections to the Bitterroot Trail, extending the Mullan Trail and beginning a trail network in Frenchtown and the Wye received positive feedback.

Specific projects included a trail at the Kettlehouse Amphitheater and river access in that area, along with the Bonner Junction rail trail and better trail connectivity to the Bluebird open-space property. A trail along Broadway to East Missoula was noted, along with trails along Blue Mountain Road.

“Hopefully infrastructure dollars targeted at trails come down the pike,” Ross said. “There’s a cost of course in building it and a cost in maintaining it.”

County planners have worked with Design Workshop and the WGM Group in compiling the proposals using information and data from a number of sources. The final product will score the projects on a number of fronts including safety, access, connectivity, public support and both environmental impacts and cost.

Some projects will be easier to implement than others, Ross said, and long-term maintenance costs will also play into the equation.

“We hope to plan adoption at the end of May. It’s a pretty aggressive window,” Ross said. “We’ll have one more round of public engagement and comment on the final plan. We’re excited about this. It helps give us a plan to move forward with.”

The city and county of Missoula this week said they’d also pursue two federal RAISE grants that each have non-motorized trail components. That includes bike lanes and shared-use paths in the Mullan area, as well as a shared-use path as part of a new South Avenue bridge.

“It’s good to see this coming to fruition,” said Commissioner Dave Strohmaier. “I think this (trails) project will be useful for what we discussed with the South Avenue bridge project and the need for non-motorized connectivity south of the Bitterroot River in that part of the community.”