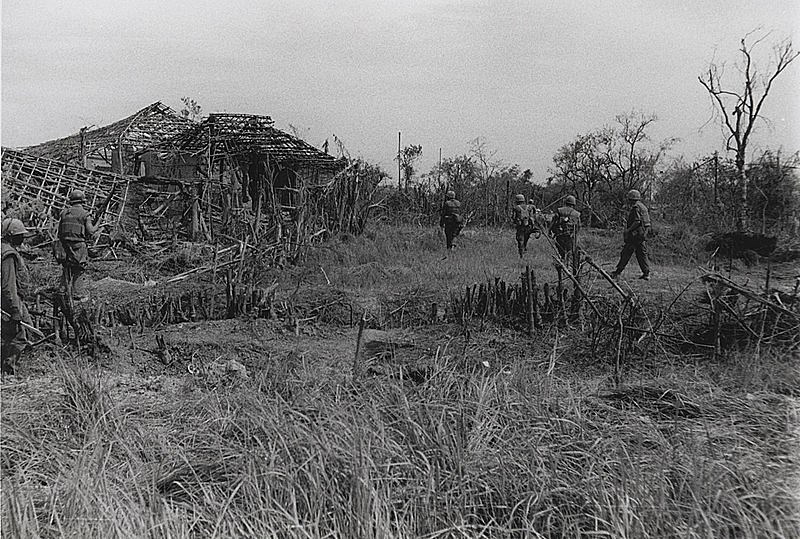 (Daily Montanan) It’s an irony not lost on Vietnam veteran Clint Jacobs, one of the literal few survivors of Dai Do, among the bloodiest battles of the war.

His theory – and he saw combat for three days straight – was that intelligence, or more precisely, the lack of it, saved him and the small force of Marines against an entire division for North Vietnamese soldiers.

The Battle of Dai Do is notable for many reasons. Marines stationed in the northern part of Vietnam, less than seven miles from the demilitarized zone, fended off a brutal attack against an entire force of “NVA regulars” – trained soldiers.

It’s also notable because the battle happened during the riots and turmoil shortly after Rev. Martin Luther King, Jr., was shot, and news of the fierce battle seemed to get buried in the news and in the minds of the public.

However, Montana Sen. Jon Tester is asking President Joe Biden directly to help change that a bit by doing something that is virtually unheard of – award a Presidential Unit Citation to the soldiers who fought there, now more than a half-century after the battle has passed.

“The Presidential Unit Citation is reserved for those who display heroism, gallantry and determination in face of armed combatants,” Tester’s letter to Biden reads. “U.S. allied Vietnamese troops originally in charge of defending the region had been called elsewhere due to the ongoing Tet Offensive, so this battle was fought almost entirely by U.S. forces. Had the Marines failed to hold the valley from NVA forces, there wouldn’t have been reserve forces to protect the region from being overrun by enemy forces.”

The Daily Montanan reached out to the White House on four different occasions in the past month, leaving email and voice messages, but communications personnel did not respond.

“It’s time that we give recognition to these brave men who exhibited gallantry and determination against stacked odds and emerged victorious,” Tester said.

It’s a request that has no analog, Tester’s office said. No one with the Department of Defense or military could point to another instance where a presidential citation went to a unit more than a half century after the battle. Normally, those awards are given soon after the combat — something that may have been lost in the turmoil of Tet, King’s assassination and an election year.

Jacobs, a Culbertson native, had arrived in Vietnam as a Marine just four months earlier. He explains the battle as a another Tet Offensive, the first having started just weeks earlier in the beginning of 1968.

North Vietnamese forces had planned to storm past the DMZ and overrun a large base at Dong Ha, similar to the Tet siege of Hue. They had calculated that intense fighting for Hue would allow the northern part of the country to be overrun, dealing a huge blow to American forces.

Military historians peg the U.S. forces at around 652 versus a North Vietnamese force of as many as 10,000.  Eighty-one Americans died.

“There were 600 Marines there, but what most people don’t know is that there were never more than 200 U.S. men fighting at the same time,” Jacobs said.

Jacobs recalled getting shot up as they made their way toward Dai Do, trudging through dry rice paddies, making their way from small village to small village.

“This was a different engagement. By the second day, we could tell we were into something big,” Jacobs said.

The cover was just knee-high grasses. Jacobs, who was a mortar gunner, took turns firing and waiting for re-supply, and then crawling to get the wounded.

“There was plenty of gore to go around,” he said.

Looking back on the battle, he knows for certain had the North Vietnamese had better intelligence and known how few Marines were there, they would have overrun them. In fact, that’s what Jacobs remembers the most.

On the third and final night of fighting, his company had been pinned down in a rice paddy. They had to retreat and made their way to a graveyard. That’s where he spent the final night as air support came to the rescue and provided protection, bombing enemy lines.

Still, the next morning, Jacobs thought that the NVA, sensing the losses on the American side may simply try to overrun them. After all, he said the fighting was so close and so intense, they had fixed their bayonets.

“It was close to hand-to-hand combat. It hearkened back to the methods of an earlier war,” he said.

When the smoke cleared and sun came up, the NVA forces had retreated back across the DMZ to North Vietnam.

“(During the fighting) I went from being deadly afraid to being a Marine dedicated to doing my duty, and it ebbed and flowed between those two thoughts,” Jacobs said. “God was there in my mind always. Always in my mind I was calling on him for protection. I suppose I have some survivor’s guilt.”

As they trudged back to the basecamp near the Cua Viet River, he passed by some of the other areas where fighting had been intense.

“I just couldn’t believe my fortune of not being killed or wounded,” he said.