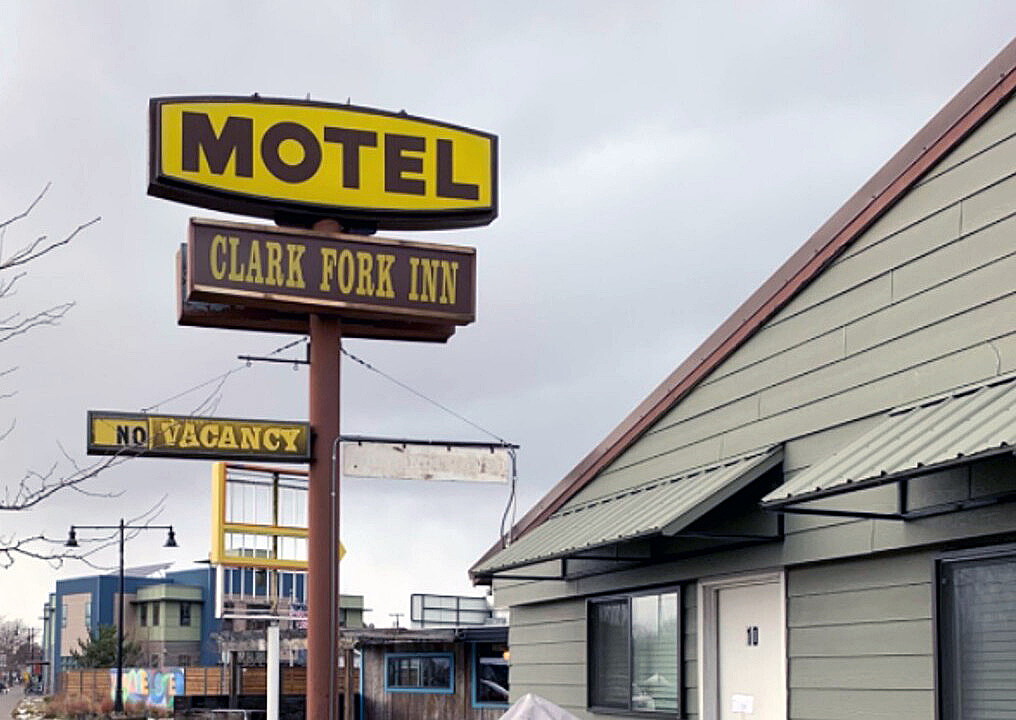 While Missoula’s homeless shelter had its hands full during the pandemic providing shelter to its clients with a reduced capacity, it doubled its workload when it sought to expand care for its veteran population.

Those efforts continued to pay dividends this week when members of the City Council approved a contract with the Poverello to provide transitional housing for veterans at the newly acquired Clark Fork Inn on West Broadway.

As part of the contract, the city awarded the Poverello around $835,000 in American Rescue Plan Act funds to support the shelter’s purchase of the motel. The county has provided a similar amount, and the Department of Veterans Affairs pitched in $1 million.

With funding in place, the Poverello will eventually move its Housing Montana’s Heroes program from the shelter to the Clark Fork Inn. Doing so aligns with a shift within the VA.

“This will help eliminate stressors for veterans who may need mental health support or who suffer from traumatic stress. The move elevates the Pov’s ability to help veterans thrive and heal as they transition from homelessness to stable housing.”

The Housing Montana’s Heroes program has been operating at the Poverello for the last eight years. It serves up to 20 homeless veterans on the second floor in semi-private rooms. But the shelter is still a congregant setting and for some, the atmosphere can be difficult to endure.

In contrast, the rooms at the Clark Fork Inn will be private.

The capital grant provided by the VA enabled the Poverello to purchase the motel last December. It secured a bridge loan in the process, though ARPA funding from the city and county will help cover outstanding debt.

“Currently we have 20 beds for housing veterans. Those beds will be relocated to what’s now the Clark Fork Inn. That will free up the space upstairs for us to utilize at the Pov,” said Jill Bonny, the shelter’s executive director.

Renovations to the Clark Fork Inn are expected to begin next year, and the Housing Montana’s Heroes program will occupy the facility in 2024.

When it does, it will displace the 17 residents who currently live at the Clark Fork Inn. But Pohndorf said they’ll be relocated and receive support during the process.

“There’s a lot of different funding in this budget, and federal funding of any kind triggers the Uniform Relocation Assistance program,” Pohndorf said. “That ensures tenants will be offered replacement housing that’s available to them before they vacate the Clark Fork Inn, and tenants won’t pay more than they’re currently paying.”

Bonny said maintenance and operational funding for the Clark Fork Inn will be folded into the Poverello’s budget, which is funded in part by the VA.

“One of the challenging things that happened during COVID is the Pov had to reduce the number of people it served. It had a big impact on a vulnerable portion of our population. That won’t happen in this space because it’s not a shared space,” said council member Heidi West. “I think we’re making some exciting strides in our community for our unhoused community members.”