Northern Voices: Here’s how wildfires could radically change forests, and your life

A lonely bird call breaks my concentration and I glance upward. Where glacier-topped mountains should be filling the horizon, instead my view is obscured by a strange orange haze. Even the bright sun has given up. It seems to float in the sky as a faint pink ball.

I am a field ecologist working east of the Denali mountain range in Alaska, but the postcard-worthy view of my sites today is obscured by smoke drifting across the border from wildfires burning throughout British Columbia. I have been studying boreal wildfires for years and have a strong understanding of the importance of fire to the boreal forest of Canada.

Boreal wildfires in Canada are spectacular displays of nature’s force — they burn across hundreds of thousands of kilometers and can last for months, sometimes smoldering right through the winter. These fires tend to occur in remote regions that simply cannot be managed. And their zone of impact is much wider than most people ever imagine as soot, ash and smoke drift in long-range atmospheric circulation patterns across geopolitical borders, affecting air quality around the world.

Over the past 5,000 years, repeated cycles of burning followed by vegetation recovery have allowed conifer forests to flourish into the great forested biome that today covers much of Canada. But multiple lines of evidence are now telling us a convincing story that boreal fires are changing — they are getting bigger, larger, and more intense, particularly in northwestern Canada. And if this continues, there is a good chance that the next years of wildfire will cause fundamental changes to our iconic northern forests.

In some areas of boreal North America, we already are seeing large increases in the extent of deciduous forests as a result of increasing fire activity. There is no doubt that such an important shift in the makeup of Canadian forests will have winners and losers. Some animals may thrive with the better forage quality produced by deciduous species, while others will lose important habitat.

A loss of conifer forest area would mean big changes for how the boreal biome interacts with the Earth’s climate system. The consequences of fire-induced shifts in the structure of boreal forests would be far ranging from small-scale changes in biodiversity to global-scale changes in albedo (the amount of the sun’s energy reflected back into space) and greenhouse gas emissions.

Northwest Canada has experienced steady increases in the annual amount of forest area burned over the second half of the 20th century. This is despite similar increases in money spent on fighting fires. Some of the variation in fire regimes in this area is attributed to anthropogenic — human-made — climate change and this influence is only likely to strengthen in the future.

There are some easy conclusions to reach. Warmer, drier fuels will burn more — this seems obvious to anyone skilled in building a campfire. But there will be plenty of surprises when it comes to making predictions about the future of Canada’s fire regime. People, for example.

Humans cause about half of the fires in Canada, although most of the area burned still results from fires started by lightning. With more people moving into and relying on the boreal forest, this dynamic between human versus lightning-initiated fires could shift in the next century.

Scientists in general expect climate change to increase the frequency of lightning ignitions in the north, but there is plenty we still need to learn about how climate change will influence storm events and cloud-to-ground lightning discharges.

It is impossible to make predictions about boreal fires without considering future vegetation. If deciduous forests do increase in extent, this will have major impacts on fuel-moisture content, ignition probabilities and area burned.

Other disturbances that affect the amount of dead wood in forests also are likely to alter fire activity. There are a number of examples of insect outbreaks triggered by climate change, and this can lead to fuel accumulation and greater risk of severe fires. 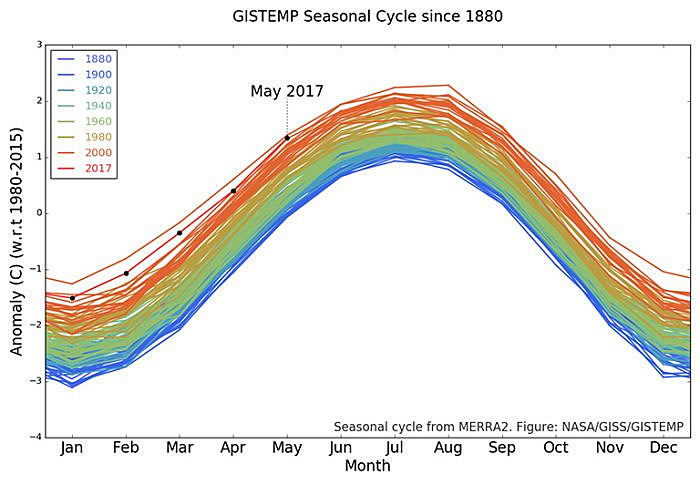 Climate change is not an esoteric concept for people living in the north. Northerners are intimately connected with their land and know that their homes are experiencing warming at a faster rate than anywhere else on the planet. Wildfire perhaps can be viewed as a climate change beacon, a harbinger of things to come.

While big fire years used to occur episodically, maybe once or twice a decade, now it seems that there is always a big fire year occurring somewhere in Canada or Alaska. In 2014, the Northwest Territories experienced its largest fire year on record. In 2015, the military was called in to assist firefighters battling large fires in Saskatchewan. In 2016, images of the Fort McMurray fires were broadcast all over the world. And today, on this summer day in 2017, I am supposed to be working in one of the most pristine areas of Alaska, but am instead breathing in smoke from Canadian fires.

While I study wildfires from a natural science perspective, I am acutely aware of the sociological impacts. Fires cause human health problems and anxiety. Wildfires cause more evacuations in Canada than any other natural disaster. The Fort McMurray fire alone forced more than 80,000 Canadians to flee their homes.

Not too long ago, I spoke with an emergency room doctor based in a northern Canadian city who told me about increases in post-traumatic stress disorder diagnoses following big fires. “Is it the sight of billowing smoke and flames?” I asked. The anxiety of having to leave your home and not knowing whether it would still be standing when you returned?

No, she said. She believed it was the realization of a new reality — that climate change was no longer something to just talk about. It’s here, and it will affect how people will live and survive in the north. Fire is just part of the stress of this new reality. 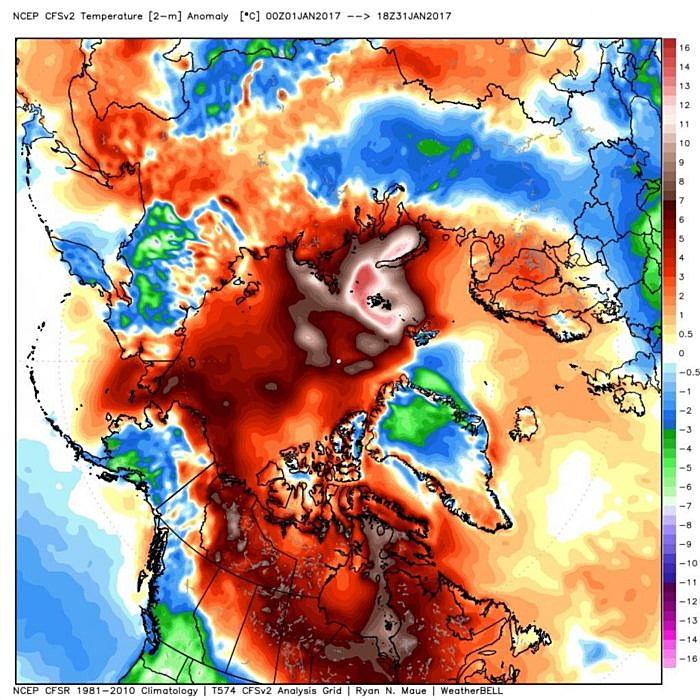 Climate change undoubtedly means more fire in Canada, and that will bring changes to the land and to the quality of our air and water. Some of the changes will pose great challenges for people, others may create new opportunities.

One thing is certain: Heading into our new climate reality, fire management needs to adapt to the future years of fire in Canada. The dynamics of fire itself may change. Fuels that were too wet to burn in the past 50 years may no longer be considered fire breaks. The resources we used to protect from fire may need to change. Should we try to protect deep stores of carbon in peatlands and permafrost forests from burning? Is this even possible given the tools available to firefighters?

We need to work together to create new tools and mandates for fire management agencies. We need politicians and governments at every level to understand the importance of fire — both the positives and negatives associated with burning of forests. And we need more resources and awareness for Canadians to adopt fire-smart practices in their communities.

Our understanding of fires has come a long way, and it will continue to evolve. I am excited to see the progress and the outcome of interdisciplinary science, policy and outreach related to Canadian forest fires. But for today, I find myself wishing for a big gust of wind to blow all of this smoke away.

Merritt Turetsky is an associate professor of integrative biology at the University of Guelph. She receives funding from NSERC, the National Science Foundation and NASA to study northern fires and permafrost thaw.