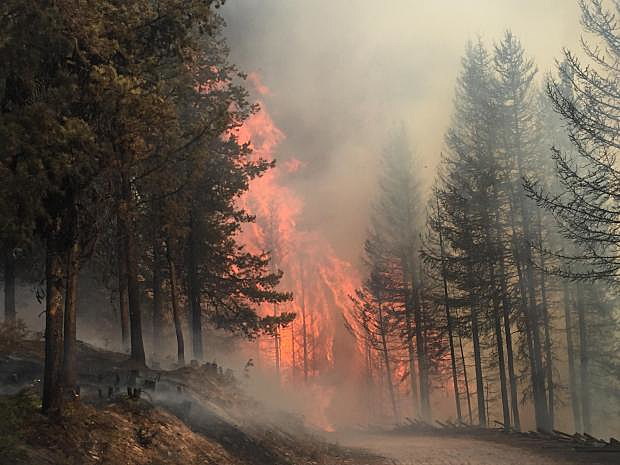 “For every complex problem, there is a simple solution … which is wrong.”

I learned long ago that there are as many expert opinions about an issue as there are people thinking about it. Every year, or every bad fire year, there are numerous opinions regarding what should be done to minimize the economic costs of fire, from loss of timber to loss of homes. They fall into roughly three categories; the Forest Service should cut more timber, federal lands should be given to the states to manage, and let the private sector take over the management of those lands.

The problem would be greatly simplified if all of those acres were similar and could be similarly managed, but they aren’t and they can’t be. Forest types are different throughout Montana ranging from the wet western forests to the drier eastern ones. Land contours are also different and control the management possible. In areas that are too rugged to fight fires it stands to reason that they are too rugged to log, nonetheless fires will start in them and timber will be lost.

If ever there was an argument against transferring federal lands to the state of Montana (other than the fact that when Montana was granted statehood we agreed to not lay claim to any federal land other than that granted us at statehood) this year’s fire season provided it. Some 1,262,000 acres of land in Montana was consumed by fire with a total fire-fighting cost of $389 million. For comparison, that’s almost twice as much money as it takes to run the prison system (Department of Corrections) for one year ($209 million) and many times as much as Montana expected to spend on fire-suppression. So even if it had been a good idea in the first place, we can’t afford it.

Some 1,262,000 acres of land in Montana was consumed by fire with a total fire-fighting cost of $389 million. For comparison, that’s almost twice as much money as it takes to run the prison system (Department of Corrections) for one year ($209 million) and many times as much as Montana expected to spend on fire-suppression. So even if it had been a good idea in the first place, we can’t afford it.

The idea of a better-managed forest — meaning more timber cut — is an attractive one, but not a realistic one. More realistic is to look where the major costs of firefighting are incurred and it’s in a place called the urban-forest interface. That’s those parcels of real estate tucked up against the national forests where we Americans love to build our dream homes and live our dream lives, and the expense of protecting those homes from wildfire are the greatest. And that’s where the money that the Forest Service could have spent on timber sales gets spent instead.

A well-thinned forest won’t burn as hot or as much as one not thinned, it is argued. Maybe, maybe not, but it’s not just trees that cause the damage. A couple of years ago traveling through central Oregon between Burns and John Day I saw the results of a ground fire in an area of well-spaced ponderosa pines (given the climate, they’re all well-spaced). Thirty-nine homes burned in that fire, most along the highway, mostly surrounded by living trees and scorched earth. The shrubs and the grass had carried the fire which seemed to have burnt the trees only sporadically.

Private lands, whether or not well managed, are subject to fires no less severe than public lands. This year in Montana 350,000 acres of private land burned.

But the major problem of harvesting timber to reduce wildfires is that the logistics of how to cut and sell all that timber is near insurmountable. Even given ideal conditions of uniformly flat land and a market that will be able to buy all that lumber, how many years would it take to reduce fuels uniformly across Montana forests? More than we care to wait, I’m certain.