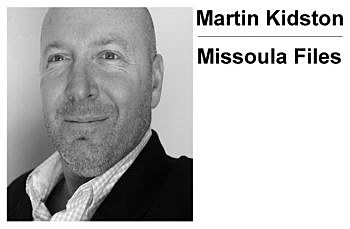 Veteran advocates and a national pharmaceutical company credited Sen. Jon Tester this week for facilitating a clinical trial to test a promising new drug to treat post traumatic stress disorder, and thanked him for his wider focus on veteran issues.

In the world of politics, it’s not every day that we thank our members of Congress for the work they do. It often goes unseen unless it’s controversial, and in today’s political landscape, it seems that nearly everything comes with a dose of controversy.

Since taking office in 2007, Tester – now a ranking member of the Senate Veterans Affairs Committee – has placed veteran issues among his top priorities, from boosting the reimbursement rate that vets receive when driving to a VA clinic for care to greater accountability among VA employees.

In October, Congress also passed Tester’s bill aimed at increasing certain VA benefits for veterans and their families. Back in August, the senator secured funding to expand the VA outpatient clinic in Missoula.

But it was Tester’s announcement on Tuesday that gained broad attention within the health care community. Addressing an audience at Providence St. Patrick Hospital, Tester said Missoula will serve as a test site for clinical research to explore the effectiveness of a new drug to treat PTSD.

“As a country, we made a promise to our brave service members to take care of their wounds, both seen and unseen,” Tester said. “We’ll be trying to treat one of the largest unseen wounds of the war – PTSD. It’s an exciting win for the science community in Missoula and to veterans across Montana.”

Developed by Tonix Pharmaceuticals, the new drug, dubbed Tonmya, has been cleared for testing by the U.S. Food and Drug Administration and has shown promise in treating sleep quality among veterans struggling with PTSD.

Dr. Seth Lederman, president and CEO of Tonix, said the drug has taken decades to develop. He credited Tester for helping establish Missoula as a national test site to investigate the drug’s effectiveness among Montana’s veteran population.

“I haven’t met anyone who cares more about the veterans and their issues,” Lederman said. “It’s really because of Sen. Tester that we were able to bring this study to Montana and the participants who live in Montana.”

Tester said 15,000 Montana veterans suffer from the disorder, one that can prevent some from sleeping, holding a job or battling depression.

The new partnership will see Providence St. Patrick Hospital and the University of Montana serve as primary investigators during clinical trials. The effort looks to recruit more than 500 participants – all veterans who experienced a traumatic event during military service after 2001.

“From the Greatest Generation to the veterans of the war on terror, they’ve gone through traumatic experiences they can’t unsee, and they’ve experienced horrors they can’t escape while awake or asleep,” Tester said. “This will be a critical step in the process of ensuring veterans who are suffering from PTSD can be safely and effectively be treated, and I’m very excited for what this means for Montana’s veterans.”

The project won accolades from the state’s veteran community, including Matt Kuntz, a former Army officer who lost a brother to suicide after he returned from Iraq with the Montana National Guard.

That experience set Kuntz on a crusade to improve mental health care for Montana’s veteran and non-veteran population. In doing so, he found a strong advocate in Tester.

“I contacted all these politicians, all these policy makers, and one of them called me,” said Kuntz. “Tester called me on my cell phone, introduced himself and asked what he could do for me. That was in 2007, and he has never stopped trying to work to improve the system for Montana veterans.”

As a veteran myself, I know all members of our state’s congressional delegation work to improve the system. But when it comes to veteran issues, Tester’s focus and willingness to stand tall before a room full of people shows a real effort to listen and make a difference for those who served in uniform.