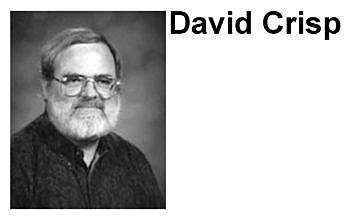 (LAST BEST NEWS) Billings – When state Rep. Peggy Webb, R-Billings, claimed that state spending is increasing more than twice as fast as revenues, I thought she might be making up numbers. She wasn’t, but even though the numbers are accurate, they don’t quite add up.

The same figures appeared in an October opinion piece signed by seven Republican legislators. Both pieces made a familiar point: Montana doesn’t have a revenue problem; it has a spending problem.

The numbers appear in an October analysis by the Montana Legislative Fiscal Division. But the analysis refers only to general fund expenditures, not total expenditures, and it makes other points that undermine the legislators’ thesis.

The analysis shows that both general fund expenditures and revenues have increased 69 percent since 2002. Personal income in Montana increased more than 100 percent during that time, and expenditures have grown more slowly every year than the Gross State Product.

Government hiring also has lagged behind population growth. According to the Legislative Fiscal Division, House Bill 2, the state appropriations bill, increased the number of full-time equivalent government positions (excluding university jobs) by 9.7 percent from 2002 to 2017. The state’s population increased more than 15 percent during that time.

The largest job growth was caused by creation of the Office of the Public Defender in 2006, the result of an American Civil Liberties Union lawsuit. Whether you love or hate the ACLU, you should agree that ensuring access to justice is a core function of government.

Now grab a hoe and let’s get into the weeds. While the general fund draws most of the Legislature’s attention, it represents only about 40 percent of total state spending.

General fund revenues from corporate and personal income taxes and from natural resource taxes have bounced up and down over the years but have hovered around 3 percent of Gross State Product. But other general fund revenue sources have steadily declined, costing the general fund an estimated $3.3 billion since 2000.

In some cases, those revenues have been diverted to other accounts. Others are the result of policy decisions, voter initiatives, changes in consumer behavior or flat fee structures that fail to keep up with economic growth. That explains why general fund revenues have not kept up with expenditures, but it doesn’t mean the state is in trouble.

Overall, according to the usgovernmentspending.com, Montana ranks ninth among the states in government spending as a percentage of Gross State Product. That’s not great, but the statistic is weighted against states with lower populations that have fewer people to spread the tax burden. Conservative Alaska ranks as the most heavily taxed state. Wyoming and North Dakota also rank in the top 15, while big-spending states like California and New York fall well down the list.

Perhaps more importantly, the site says total state and local government spending in Montana, as a share of Gross State Product, has increased three hundredths of a percentage point since 2012. Bring out the pitchforks.

In her opinion piece, Webb makes a couple of other points. She says it’s time for Montana to “live within its means.” Government has no means. It has only those resources that citizens allow it to collect through taxes and fees. If living within our means implies that government should never get larger than it is now, then Webb assumes that we have somehow hit upon the magic tax formula, good for all time.

Webb also asks for a definition of “fair share” when it comes to taxes, especially taxes paid by the richest Montanans. Webb asks, “Why should millionaires be punished for being successful?”

They should not. Rich people should pay higher taxes for the same reason that Willie Sutton robbed banks: because that’s where the money is.

And no one should think of taxes as punishment. They are part of the price of civilization, public order and freedom. Suppose we all finally agree on exactly what everyone’s fair share ought to be, and then suppose the next day Japan attacks Pearl Harbor. What’s your fair share then?

Montana Republicans should avoid making the same error their counterparts in Washington have made. Congress cut taxes on principle, with no plan other than pixie dust to cover the revenue losses that nearly all economists predict. Spending cuts will come later, if at all.

That’s like asking your boss for a pay cut as an incentive to quit spending so much. Politicians who fail to take numbers seriously give us unserious government.

David Crisp is a longtime Billings journalist and college professor who writes a weekly column for Last Best News.