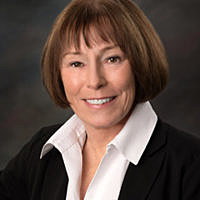 I support all the students in Montana and across the country who are voicing their concerns about gun violence. The walkouts and March for Our Lives deserve our respect and recognition.

We should be embarrassed that teenagers are showing the courage it takes to stand up to groups like the National Rifle Association and demand policies that prevent gun violence in our schools.

We need to ask ourselves, how many innocent lives are lost before we do something meaningful? Have shootings at schools become normal? Acceptable? When we hear tragic reports of senseless deaths and injuries, do we just change the news channel to a comedy or turn up the music? When we hear stories from high school students who tell us they are afraid, always looking for a safe place to hide if there is a shooter, do we nod and discount their fears? Do we just say, “they’re young, what do they know?”

There are those who will tell you, these students are young, they know nothing. That is not true. When my father was barely 16 years old, he lied about his age and joined the Navy. Like my dad, there were over 200,000 young Americans, under the age of 18 who served bravely in World War II.

At a Mom’s Demand Action meeting, I was shocked when I heard high school students tell their fears about gun violence, teenagers who have known gun violence since they were born. I have a long record as a state Senator speaking out against gun bills, I have an “F” on my NRA report card. I’m a mother and a grandmother. I know the Montana Constitution reaffirms our second amendment rights. I know Montana and other states in our nation have a long history and deep heritage of hunting traditions, traditions that help feed families.

I’ve looked at statistics. For every 1,000 residents in Montana, there are 11.3 guns, that’s 11,461 registered firearms dispersed among 1,015,165 people. Montana ranks 6th in the country for firearm deaths and second in teenage suicides with over half of those teenager using a firearm. A retired emergency surgeon who had seen over 400 firearm injuries told me: “guns go off.” Data also shows in states with strict gun laws, there is less violence.

There are safety measures we can do immediately. Keep guns and ammunition away from children, have a keyed gun lock or a gun safe in your home. There are cities across the country that have gun by-back programs such as Money for Guns in Seattle. Studies show majority of gun owners participating in these programs are women over the age of fifty – mothers, grandmothers, wives, sisters, aunties.

Those voluntary efforts are just one step, most importantly we need to listen to the high school students and demand policies that raise the age limit for the purchase of firearms, prevent sales of equipment like bump stocks, use technology to connect data about gun purchases as well as other ways to stop gun violence. What we don’t need are policies to arm teachers or build walls around our schools.

Yes, the students are young, but it is their future. We need to believe in them and support their vision and courage.

Lynda Moss is a Democratic candidate running in Montana’s race for the U.S. House of Representatives.