They say the first step is admitting you have a problem.

So today, right here in this column, I admit it. I am a junkie, an addict. I need help.

Each winter, I commiserate with fellow addicts. We try not to think about it. We try to avoid the mailbox – there’s certain to be something arriving soon that will fan our dependency. But it’s hard. Once you’ve tasted it, you’re hooked for life.

There, I’ve said it! I’m not proud of it. I’ve been hooked since childhood, and believe me, it’s so easy to fall victim. The bright colors, the scents – they draw you in.

And the pushers are everywhere, even in the newspapers, with their “advice columns.”

Here’s an example from 1878, when the Rocky Mountain Husbandman proclaimed, “Every man, however limited his means, should contrive to have and cultivate a garden.” Just an innocuous story? Hardly. It should have carried a warning label.

The Husbandman, “a journal devoted to agriculture, live-stock, home reading and general news,” was the hometown paper of Diamond City, Montana.

Diamond City was originally a booming mining town. But by 1878 the gold had run out, and the remaining folks turned to agriculture. Today, there’s hardly a sign that Diamond City (Broadwater County) ever existed.

But enough of the backstory. 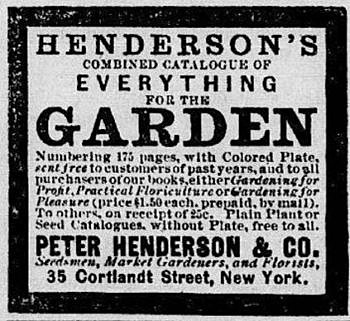 The paper had the audacity to claim gardening is good for you, touting its health benefits.

“The exercise is gentle, it is united with amusement, and by it both the body and the spirits are invigorated.” Not only that, the paper would have you believe “there is something in the odor of the earth that strengthens the whole system.”

Just an hour of gardening a day, says the article, will give the sedentary man “tone and vigor to his body and his mind for the severe studies of his desk. The teacher will teach better, the minister will preach all the better for the mind exercise the garden gives.”

Don’t believe it! What it will give you is pulled muscles, knee and back pain, and – well, a litany of misery.

These journals of gardening also claim the garden “teaches, and in teaching, cultivates the mind.” They go so far as to suggest, “For this reason, it may be, the created first man and woman were made in paradise; that is, in a garden.”

Well, we all know what happened next!

Worst among the postulations of these plant pushers is the notion that “the garden is a source of profit!” 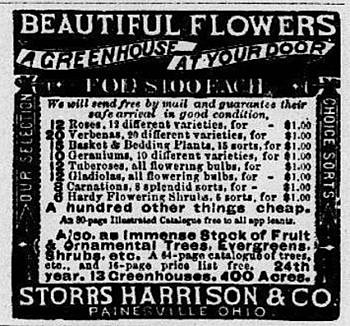 Poppycock, I say! Throw in balderdash and hogwash, too. Let me set the record straight.

Sure, it may start with a small investment in seed and a few hand tools. But soon you’ll need a tractor, a tiller, a spreader, carts and other attachments. Why a few of us have even been forced to buy front-end loaders and backhoes!

Don’t fall for it. Keep your fingernails clean!

Vegetables should come from the produce aisle, not your backyard. Ornamental shrubs and flowers should be put in place by a professional, not by the homeowner.

Don’t do what I have done. Don’t follow my example. I’m a broken man, an addict, a junkie.

Please excuse me now. I’m heading outside. I must have my fix.