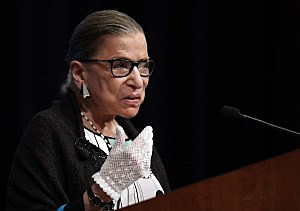 The American Indian Caucus of the Montana State Legislature would like to express our deep concern over your recent commitment to fill the U.S. Supreme Court seat that has been recently vacated upon the death of Supreme Court Justice Ruth Bader Ginsburg. We strongly oppose the filling of this vacant seat prior to the next U.S. presidential inauguration.

Notably, the U.S. Supreme Court plays a critical role in the unique government-to-government relationships that exist between the United States and Native American tribal governments. The U.S. Supreme Court fashions legal doctrines and renders legal decisions, which have played a major role in shaping and formulating the complex landscape of Indian Law. Such decisions are imperative to ensuring that Native Americans have equal opportunity to life and prosperity.

For example, decisions made by the U.S. Supreme Court have impacted Native American civil rights, including the critical right to vote and have a voice in our democracy. Court decisions have also interpreted hunting and fishing rights, property rights, water rights, taxation, criminal and civil jurisdiction, and tribal sovereignty. We cannot afford to entertain the prospect of a rushed decision on the highest court, especially when there is so much at stake for Indian people.

You have already gone on record during the last administration against filling a Supreme Court vacancy until a new President is elected. Your words were to not confirm a new Supreme Court Justice “until the American people elect a new president and have their voices heard.” We are asking you to stand by your word and vote ‘no’ on filling this Supreme Court vacancy until our President is inaugurated. Our children’s futures are in your hands. We implore you to take the time to make an informed decision and truly consider the massive implications that your decision will have on Montana Natives and for all of Montana.