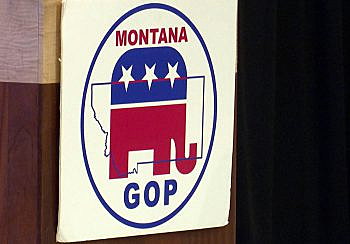 What Model For Montana?

From a one time resident of North Dakota as well as four other conservative leaning states, and with clear Republican power in Helena, a primary question is what model of a conservative state is the GOP intending to emulate in Montana?

I notice that the Republicans in both North Dakota and Montana seem to be obsessed with transgender issues, anti-abortion efforts and more access to firearms.

There is a backlash on the final canning of the Keystone XL pipeline. The construction project would have brought some temporary jobs, but is a transitory benefit out the tailpipe and into the atmosphere. North Dakota long ago chained itself to oil, and it seems that some in Montana are stuck in the past.

In this state perhaps there is in a misplaced envy of North Dakota. The world is moving away from oil, yet some seem to wish it all away and transport back into time.

Many I know, more like myself, are hoping for the COVID-19 vaccinations to happen quickly in Montana. A strategy of North Dakota’s in public health during a pandemic is highly not recommended. Yet it could happen now, it’s a possibility.

And time is apparently being spent on “sanctuary cities” in Montana. This confounds people, is it only a political football which was deflated about two years ago, yet some still want to carry it? Is this a “own the Libs” moment?

What red state is the Montana GOP having in mind to copy?