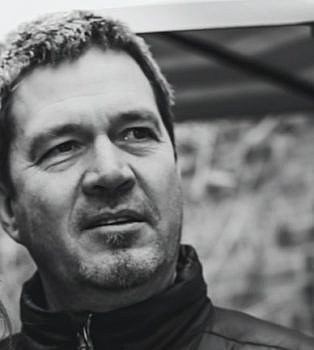 For 31 years, I have had the privilege to serve as a wildlife manager for eight organizations and state, federal and tribal agencies to manage the public’s wildlife trust in six Western states, including Montana. I’ve worked with several species – big horn sheep, black bear, cougar, elk, mountain goat, mule deer and wolves – and with people, including ranchers, hunters, foresters, conservationists and other folks inspired by our wild places and wild things.

I worked on a variety of management topics including populations, private property, agriculture, as well as their social, political and economic aspects. I, along with others, was integrally involved in creating and adapting Montana’s first wolf hunting and trapping regulations and seasons 2009-2014. I worked hard to manage the public wildlife trust across diverse and at times sharply divided public values. I am proud of Fish, Wildlife & Park’s work, its Commission, and Montanans that all worked hard to get to that spot in the middle. Something for everyone. Or more appropriately, not all for some.

I argue that Fish, Wildlife and Parks is the best state fish and game agency in the country with a Commission to match. Its professionals routinely manage the public trust in ways that make sense based on the best data and that balances the wants of a varied constituency with full public participation. Because of that, they are best positioned to craft wildlife management with sharp awareness of all biological and sociological variables and nuance.

These bills have too many details to go into here, but allow me to highlight just two to demonstrate the difference between thoughtful management and legislation. Wildlife professionals set trapping season dates to minimize accidental grizzly bear capture, which poses a large safety risk to both trapper and unsuspecting hiker. This is not theoretical – grizzly bears have been captured in wolf traps in Montana. Think about a cub capture, with a loose angry mom.

We also wanted to limit trapping to leg-hold traps to prevent many accidental but lethal captures of deer, moose and elk calves, lynx, cougar, and dogs. Montanans love the outdoors and recreating in the mountains and hunt, hike, bike, horseback, and run with their dogs. Because snares are small, light and cheap, it would allow for a lot of wire in the woods and thus a lot of “non-target” captures. By their nature, these accidents would be impossible to monitor.

These bills, individually and collectively, further erode society’s strained views of hunting and trapping. That in turn threatens the future of those activities on public and private property. All this harm and risk for an attempt to fix a problem that’s not real – I guarantee it.

Being a good steward of our wildlife resources is everyone’s job, from the professional to the participant. It is also important, especially in these times, to be good stewards of our society. These bills deepen the divide between Montanans. We should strive for better: something for everyone. That’s what we, FWP, the Commission and Montanans already worked hard to achieve.

Theodore Roosevelt said it best 105 years ago: “Defenders of the short-sighted men who in their greed and selfishness will, if permitted, rob our country of half its charm by their reckless extermination of all useful and beautiful wild things sometimes seek to champion them by saying the ‘the game belongs to the people.’

So it does; and not merely to the people now alive, but to the unborn people. The ‘greatest good for the greatest number’ applies to the number within the womb of time, compared to which those now alive form but an insignificant fraction. Our duty to the whole, including the unborn generations, bids us restrain an unprincipled present-day minority from wasting the heritage of these unborn generations. The movement for the conservation of wildlife and the larger movement for the conservation of all our natural resources are essentially democratic in spirit, purpose, and method.”

Thank you for your time and consideration.