Commentary: A big win for lynx and grizzly bears in Montana. 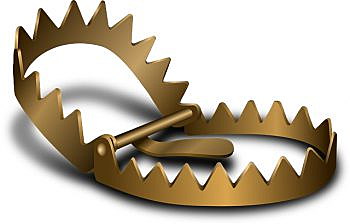 Canada lynx (Lynx canadensis) are medium-sized wildcats with a thick coat and broad, furry paws that allow them to stay on top of the snowpack. Lynx are an old-growth forest-dependent species, whose numbers have fallen due to the loss of old-growth forests from logging, the effects of climate change, and trapping.

On March 24, 2000, the contiguous United States population of the Canada lynx was listed as threatened under the Endangered Species Act, and thus protected from trapping.

In 2013, because lynx were being killed in traps set for other animals in violation of the Endangered Species Act, the Alliance for the Wild Rockies, Friends of the Wild Swan, and WildEarth Guardians, represented by the Western Environmental Law Center, filed a lawsuit in federal district court.

In 2015, we signed a formal settlement agreement with the Montana Department of Fish, Wildlife and Parks to restrict the types of trapping allowed in lynx habitat. The settlement agreement established a new Lynx Protection Zone covering occupied lynx habitat in Northwest Montana and the Greater Yellowstone area where special trapping regulations were designed to protect lynx, and indirectly, grizzlies. The agreement also put into place a three-year moratorium on wolverine trapping.

Other measures outlawed large foothold traps and snares that kill lynx. And since the Canada lynx’s diet is almost exclusively dependent on snowshoe hares, the agreement outlawed using hare or other fresh meat, fur, or feathers as bait, and instituted mandatory trap checks every 48 hours for bobcat trappers. We hoped the measures would mean the end of the incidental killing of lynx and grizzly bears in Montana.

This spring, the Republican-controlled Montana Legislature passed a series of bills aimed at eliminating the state’s gray wolf population. People can now legally hunt for wolves at night, bait wolves, and kill up to 10 wolves per person. Unfortunately, the Legislature also passed, and our Republican governor signed, a new bill allowing trappers to use snares that trap anything and everything caught in the snare. These traps not only trap wolves but also threatened lynx and grizzly bears.

When the Montana Fish Wildlife and Parks drafted regulations implementing the new trapping law, we promptly sent a letter notifying the State of Montana that they were in violation of our legal agreement. We assumed the State would ignore our letter, but much to our surprise, the Montana Fish Wildlife and Parks Commissioners voted unanimously to rewrite the trapping regulations to no longer allow the use of snares in lynx habitat, and delayed the opening of trapping season in grizzly habitat until December 31 when grizzly bears will be hibernating.

The state legislator who sponsored the bills that permitted the snaring of wolves and extended the beginning and end of Montana’s wolf trapping season complained after the vote, “I understand you’re in a position where you’re being forced to consider options outside of the laws that were passed in Montana, and you’re being forced to consider those options through intimidation and blackmail.” Republicans have sunk so low that they think honoring a legal agreement the State of Montana signed in federal court promising to follow the Endangered Species Act is blackmail.

The Montana Fish and Wildlife Commission did the right thing—and they deserve credit for this—but they need to take one more step and protect grizzly bears when they come out of their dens by ending trapping by February 28 and extending the ban on snaring throughout Western Montana, since all of Western Montana is now occupied grizzly bear habitat. Or better yet, they should end all trapping on all public lands in Montana.

Please consider helping the Alliance for the Wild Rockies protect habitat for lynx and grizzly bears from trapping and habitat destruction.

Mike Garrity is the executive director of the Alliance for the Wild Rockies.