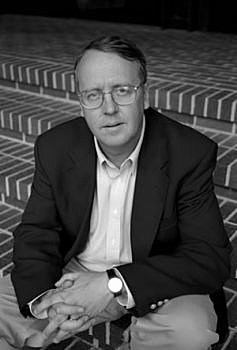 Well, it’s been almost a year since the Republicans took office in Montana. It’s a good time to reflect on how they have been doing.

With a legislative majority and control of the governor’s office, Republicans moved to violate the constitutional separation of powers by taking control of the judiciary. The legislature tried to force the Supreme Court to turn over records, which the Court refused to do since it was nothing but a Republican witch hunt. In the end there was lots of smoke and not much fire. The Supreme Court refused to knuckle under to the overreach of the legislature.

Then the legislature eliminated the State Judicial Nominating Commission and replaced it with executive fiat, allowing Gianforte to just pick people to fill vacant judicial positions. Recently he chose Andrew Bruener to fill a judgeship in Bozeman. In addition to being a lawyer, Breuner served on the boards of the Petra Academy and Love in the Name of Christ, two religious organizations heavily tied to Gianforte. Not sure whether that is religious bias or old-fashioned cronyism. Probably a bit of both.

Attorney General Austin Knudsen recently sent staff members to St. Peters Hospital in Helena to intervene in the treatment of a covid patient whose family was demanding the woman be treated with horse wormer. After complaints from the hospital and Democratic leadership, Republicans appointed a “special counsel” to investigate the incident.

The special counsel just happened to be a lobbyist for the NRA and the former chief of staff for the Senate Republican Caucus during the last legislative session. Not surprisingly, her report did little to illuminte what had happened, but the hospital maintains that Knudsen’s actions were both inappropriate and intimidating.

Knudsen also intervened in a local criminal case in Helena. A man assaulted a restaurant employee who asked him to put on a mask (this incident occurred when the state was under a mandatory mask mandate). The man allegedly knocked water glasses off a table and struck the employee several times in the genitals. He then displayed a sidearm and said, “I’m going to get you.” The county attorney charged him with felony assault. Knudsen took the case from the county attorney and let the assailant off with only a small fine. Maybe it’s time for Austin to trade in his cowboy hat for a gold-plated crown.

Recent news coming to us from Elsie Arntzen’s operation at the Office of Public Instruction is that 90% of the staff have left since she was elected in 2017. Superintendents of the eight largest schools in Montana recently sent her a letter with a scathing expression of no confidence. “The bottom line,” the superintendents wrote, “is that for us to best do our jobs, we need you to be doing yours.”

Even though they won, Republicans continue to press for an investigation into fraud during the last election cycle in Montana by citing conspiracy theories. Knudsen and others also recently met with the My Pillow Guy to discuss litigation to overturn the last election at the federal level. They’re wasting time and resources chasing voter fraud that never existed.

Derek Skees, Republican legislator and candidate for the Public Service Commission, summed it up for Republican leadership when he referred to our constitution as a “socialist rag.” In Republican Montana, if you disagree with our leaders, you are either a radical leftist or a raging socialist. If Skees and his ilk don’t like our constitution, maybe they would prefer Mein Kampf.

Taking their lead from Donald Trump, Republican leadership turned the covid pandemic into a divisive political side show. Suffice it to say their actions have resulted in unnecessary deaths of many Montanans and turned neighbors against each other. Meetings of school boards, health departments and local governments have turned into forums for angry conspiracy theorists and scientific know nothings.

The sad truth is that Montana Republican leadership has gone all in on Trump’s playbook, “do what you want, rules are for suckers, and never admit you are wrong.” It’s a sad state of affairs when the model for political behavior in Montana is a reality-show huckster and failed businessman from New York City.