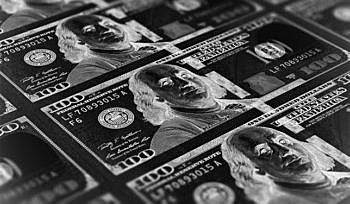 At the beginning of President Biden’s tenure in office, Senator Mitch McConnell made the same public statement he made after President Obama’s election, “One-hundred percent of our (Republican) focus is on stopping this new administration.”

McConnell does not state Republicans will address America’s failing infrastructure, failing farms and ranches, or work to preserve dwindling water supplies across the West. Mitch McConnell outright states he and the Republican Party are concerned about one thing, political power.

McConnell loves Citizen United. Through his former chief of staff, he controls one of the largest dark money groups in the nation. Corporations are people in political campaigns, but not when they undertake criminal activities or fail to pay taxes.

McConnell blocked appointment of a moderate, extremely well-qualified candidate to the Supreme Court with the filibuster and as soon as the Republicans took control of the US Senate, did away with the 60 vote requirement to approve a Supreme Court justice.  Subsequently, he pushed through two radical, scarcely qualified, obviously partisan Trump nominees to the court.

Jim Edwards, in his recent letter to the editor, calls McConnell an example of someone committed to bipartisanship. I see absolutely no evidence of that.

McConnell, although continually lambasted by disgraced former president Trump, fails to hold Trump accountable for his actions on January 6, 2021.  McConnell does not acknowledge that Trump did everything he could to undermine and discredit NATO.  While he was president, Trump stated, “Maybe NATO will dissolve, and that’s OK, that’s not the worst thing in the world.”

When Ukrainian President Zelensky beat an incumbent president supported by Trump’s good friend, Vladimir Putin, Trump withheld millions in military aid to Ukraine while pressuring Zelensky to “do us a favor” and go after Hunter Biden.

The arms of the Republican Party are long and strong.  Fox network is a prime example.  A Manhattan U.S. District Court judge, appointed by Trump, recently dismissed a defamation lawsuit against Fox showman Tucker Carlson saying the general tenor of Carlson’s show should inform viewers that Carlson is not stating facts but is engaging in exaggeration and hyperbole. In effect, she’s saying Carlson is ridiculous so he cannot be held accountable for defaming people.

Trump continues to feed the Russian media, which is increasingly controlled by Putin, lies about the legitimacy of American elections. He and other Republican leaders, including Carlson, praise Putin even as he destroys Ukraine and kills millions with no justification.

I want my freedom. I love my democracy. I am sick and tired of those who are working to undermine it, the truckers and “freedom troops” led by Mitch McConnell and Donald Trump.