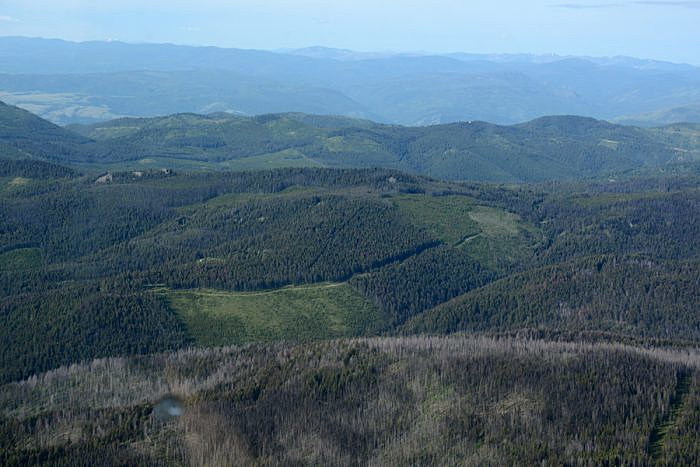 On Earth Day, President Biden announced a new policy to protect mature and old growth trees which store the most carbon. Unfortunately, the president’s order will not ban logging of mature and old-growth forests or even protect the trees. Instead, the president’s order is the latest version of a long bipartisan, Orwellian plan to subsidize the destruction of America’s national forests and the carbon sinks they contain.

Even if Biden banned the logging of mature and old growth trees like the Sierra Club and others have requested it wouldn’t save old growth forests since old growth forests are more than just big trees, they also have dead trees and young trees.  Old growth forests are thick, multi-layered forests with horizontal cover that many species in decline such as bull trout, pine marten, spotted owls, pileated woodpeckers, lynx, and northern goshawks  depended on.

Forests store carbon in the soil, not just in the trees.  The Forest Service claims they protect old growth forests by “thinning trees” to save the big trees but logging releases the carbon in the soil by disturbing and compacting it.   Logging by thinning also greatly increases carbon released into the atmosphere. For example, in Oregon, logging is the biggest source of greenhouse gas emissions.

In the paper titled, “Can fuel-reduction treatments really increase forest carbon storage in the western US by reducing future fire emissions?” scientists found high carbon losses in forests that were thinned and logging did not make forests more resilient to wildfires.

In 2016, in the largest analysis ever on this question, scientists found that forests with the fewest environmental protections and the most logging had the highest — not the lowest — levels of fire intensity. Logging removes relatively noncombustible tree trunks and leaves behind flammable “slash debris,” consisting of kindling-like branches and treetops.

Even when a high intensity fire burns through a forest, Dr. Chad Hanson, wrote in his book, “Smokescreen Debunking Wildfire Myths to Save our Forest and Our Climate,” only 1 to 4 percent of a forests biomass is consumed, releasing a small portion of carbon in the trees into the atmosphere.

Logging is the Problem not the Solution

Spending billions more on subsidies to bulldoze, log, and clearcut our national forests won’t stop global warming or wildfires, but it will destroy what makes mature and old growth forests tremendous carbon sinks, wildlife habitat, and sources of clean water.

Since we obviously can’t trust the Forest Service to protect our virgin, old growth forests from being ripped apart by bulldozers and clearcuts, the president should instead sign an executive order prohibiting logging of mature and old growth forests and urge Congress to pass the Northern Rockies Ecosystem Protection Act (NREPA).  This legislation is currently pending in Congress as S. 1276 in the Senate with 12 sponsors and as H.R. 1755 in the House, with 59 sponsors.

America still has 23 million acres of mostly unlogged roadless lands in the Northern Rockies. NREPA would designate these lands as wilderness, which will make them off limits to all logging and road-building, protect their carbon reserves, and protect vital habitat needed by a growing list of threatened and endangered wildlife and plant species.

Please ask President Biden and your member of Congress to protect, not destroy, our forests, the carbon sinks they provide and the native ecosystems they sustain by prohibiting all logging in mature and old growth forests and  by passing NREPA.

Mike Garrity is the Executive Director of the Alliance for the Wild Rockies.