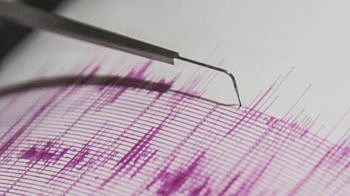 In the week following Montana’s largest earthquake in more than 50 years, seismic meters registered about 1,500 smaller quakes in the same area.

The first, 5.8-magnitude quake struck at a depth of three miles, just outside Lincoln – about 80 miles east of Missoula.

The aftershocks started shortly thereafter, with the first registering as a magnitude 4.9.

Some of the past week’s quakes were standalone events, said Michael Stickney, senior research geologist and director of earthquake studies at the Montana Bureau of Mines and Geology in Butte.

However, 90 percent of them were related to the July 6 temblor, which was considered a “moderate” quake by international standards, he said.

“It (the cluster of aftershocks) is fairly typical,” Stickney said. “Of course, this includes lots of very tiny earthquakes which are probably too small for people to notice.”

The magnitude 5.8 earthquake was a strike-slip fault quake. This occurs when two tectonic plates move horizontally against each other, like rubbing two blocks together in opposite directions.

Stickney said it’s the same kind of motion that occurs along the San Andreas fault in California.

There have been two reports of increased water flow from natural springs near Nevada Lake, he said. This is a common report following earthquakes, and the flow should normalize eventually.

The U.S. Geological Survey has deployed three temporary measurement stations near the epicenter of the earthquake.

Stickney has been compiling their data as well as data from his permanent station in Butte. He said there will continue to be more information as data is gathered and analyzed.