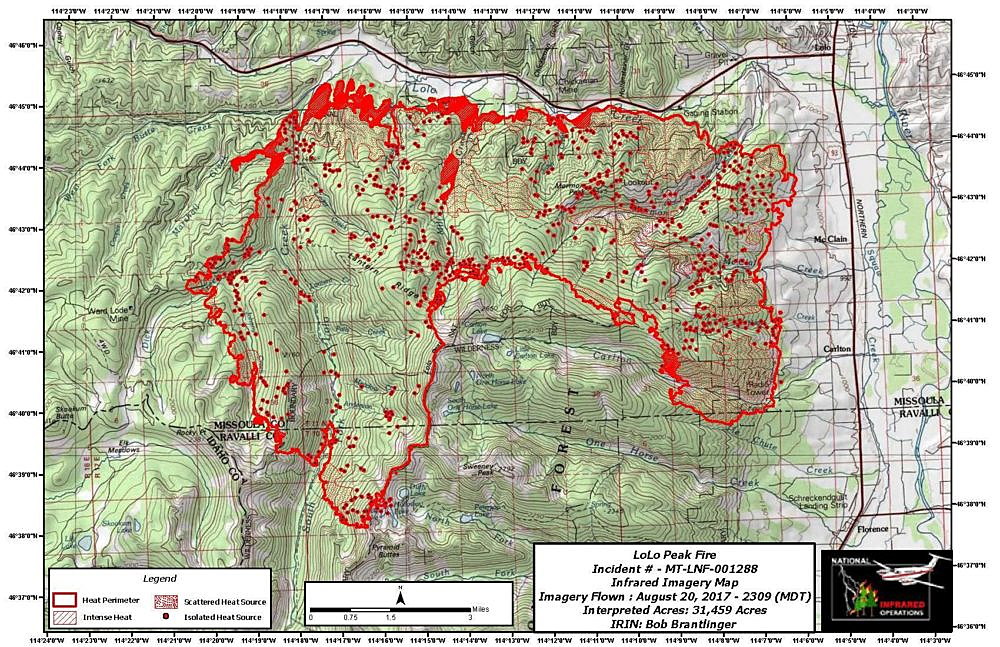 The news just keeps getting better for the hundreds of families evacuated because of the persistent, and ferocious, Lolo Peak fire.

At 9 p.m. Monday, residents on Balsam Root, Folsom and Highland roads were able to return home after they were evacuated during a firestorm last week.

Their neighborhoods remain on an evacuation warning, the Missoula County sheriff said, so they need to be prepared to leave again on a moment’s notice.

Residents north of West Carlton Creek Road and east of the county-maintained road sign were also downgraded to an evacuation warning, and were able to go back home.

Firefighters spent much of Monday lighting burns intended to increase the blackened buffer between the 31,459-acre fire and U.S. highways 93 and 12, according to operations section chief Brett Olson.

Crews continued mopping up burned areas along Elk Meadows Road and down toward the OZ Ranch. There are no spot fires in that area, he said.

On the east side of the fire, near Mill Creek, firefighters are continuing to bring fire to their primary control line. They planned to finish that work on Monday.

On the northeast side of the fire near Travelers’ Rest, crews sealed up their primary control line.

On Highway 93, where residents saw a great deal of smoke during the day, the wildfire continued burning actively in the Tie Chute drainage, Olson said.

The forecast for Wednesday again calls for high winds, he said, so firefighters “fired” the One Horse drainage today to “eliminate or mitigate the spotting potential.”

Otherwise, Wednesday’s winds could send the fire on a run through One Horse all the way to Highway 93, according to Olson.