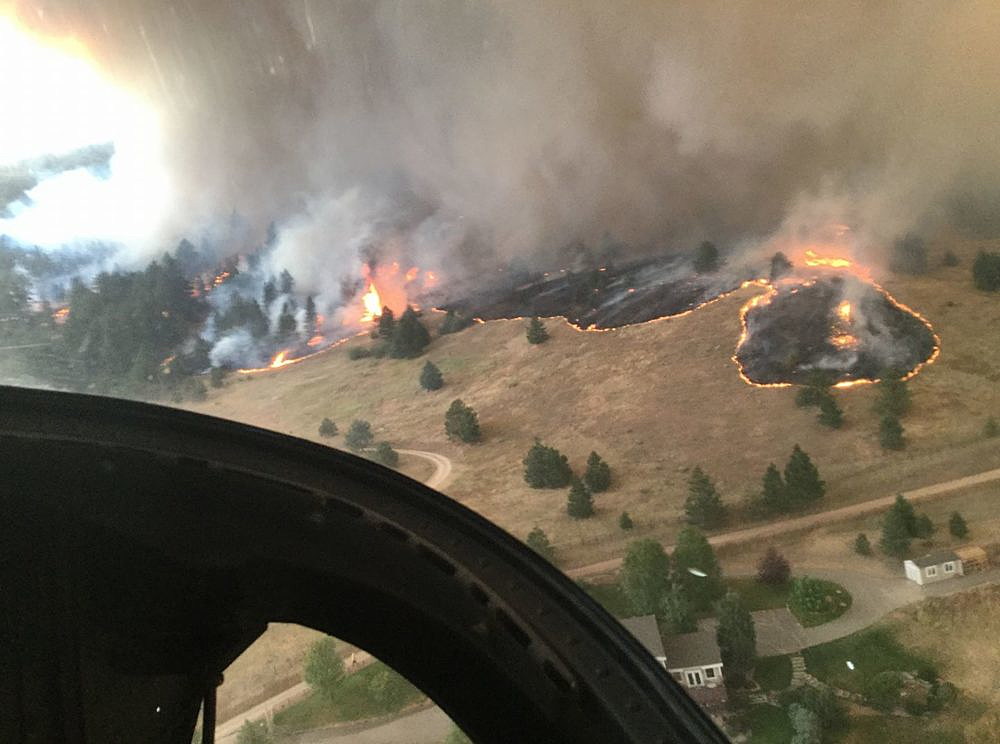 Firefighters are burning deep swaths of timber to create a blackened buffer, hoping “to keep control of the beast that we have” at the 18,896-acre Lolo Peak fire, their operations boss said Thursday night.

But the weather isn’t on their side, Mark Goeller told residents gathered via the Internet and in person for a briefing on the fire, mandatory evacuations and the four-mile, wind-driven run that sent flames to the ridges above U.S. Highway 93.

Crews are actively working to control the fire on multiple fronts 24 hours a day, said Goeller. But the fire behavior is intense, sometimes burning through the night.

In fact, at 6:30 a.m. Thursday, a pyrocumulus cloud created by the fire itself was visible above the southern Bitterroot Valley – a dangerous and unusual meteorological phenomenon for so early in the day.

And following Thursday night’s meeting, there was yet another run, this time past control lines and across 3,800 acres. Some structures were destroyed, fire information officers confirmed Friday, but information is not being released on the number of structures and whether they were homes or outbuildings.

At Thursday night’s briefing, Goeller said “the fire wants to come blowing out of these canyons and onto the valley bottom,” so elite hot shot fire crews are burning out fuels to protect control lines carved into the canyon and valley floors.

The area of most concern is in Mormon Creek, he said, where the fire crested the ridge late Wednesday night and early Thursday after a wild four-mile run.

“We had a significant push of the fire coming from west to east,” Goeller said. “It burned actively all night, and it was a pretty impressive burn.”

That’s what prompted the evacuation of hundreds of homes along the Highway 93 corridor, adding to earlier evacuations on Highway 12 west of Lolo. Those evacuations are mandatory and remain in effect.

Flames spotted into the Carlton Creek drainage, and moved into Mormon Creek. The fire also remains active in Mill Creek and along Elk Meadows Road off Highway 12.

In Mormon Creek, Goeller said, the fire is within 500 yards of some homes. Firefighters have hoses and engines positioned at those residences.

Goeller laid out the plan for anxious residents: “We want to seal off the mouth of Mormon Creek.”

Firing operations – intentional fires set by hot shot crews – were used Thursday to burn fuels upslope from control lines in the threatened canyon, “increasing the depth of black on our terms in order to keep fire from making a very concerted push out into Travelers’ Rest and the town of Lolo.”

Aerial ignitions were also used, where firefighters drop ping-pong balls from a helicopter and ignite timber, “again to increase the depth of the black and to draw the fire to the ridgeline,” Goeller said.

That work has been “very successful to this point,” he said.

All that effort, and the wide evacuation zone, are needed because of Friday’s weather forecast.

“We have a dry cold front coming through,” he explained, “with stronger winds and drier humidities.”

The Haynes Index that assesses the fire danger and potential fire behavior will be a 5 on Friday – up from Thursday’s 4. Turner likened it to opening a damper on a fireplace.

The day will begin with an inversion, with the fire kicking up by 3 p.m.

“We’ll see a lot of smoke, a lot of ash fallout, a lot of very busy firefighters out there,” he said. “This fire will continue to burn on multiple fronts.”

Incident commander Greg Poncin, who took responsibility for the fire’s management at 6 a.m. Thursday, assured residents that his Type I team will “see this through with you.”

“That’s how we are going to get through this – together,” he said.

On Thursday, the Missoula County sheriff ordered the mandatory evacuation of all homes west of Highway 93 and south of West Carlton Creek Road to County Line Road.

Also in effect is the mandatory evacuation of homes west of the Highway 93 Corridor from mile post 78 to 82. That includes all homes from Sun Valley Road to just north of Maclay Ranch Road west of Highway 93.

Also under a mandatory evacuation are about 160 homes on either side of Highway 12 west of Lolo, from mile marker 20 (Bear Creek) to Fort Fizzle. Those homes were evacuated last weekend. 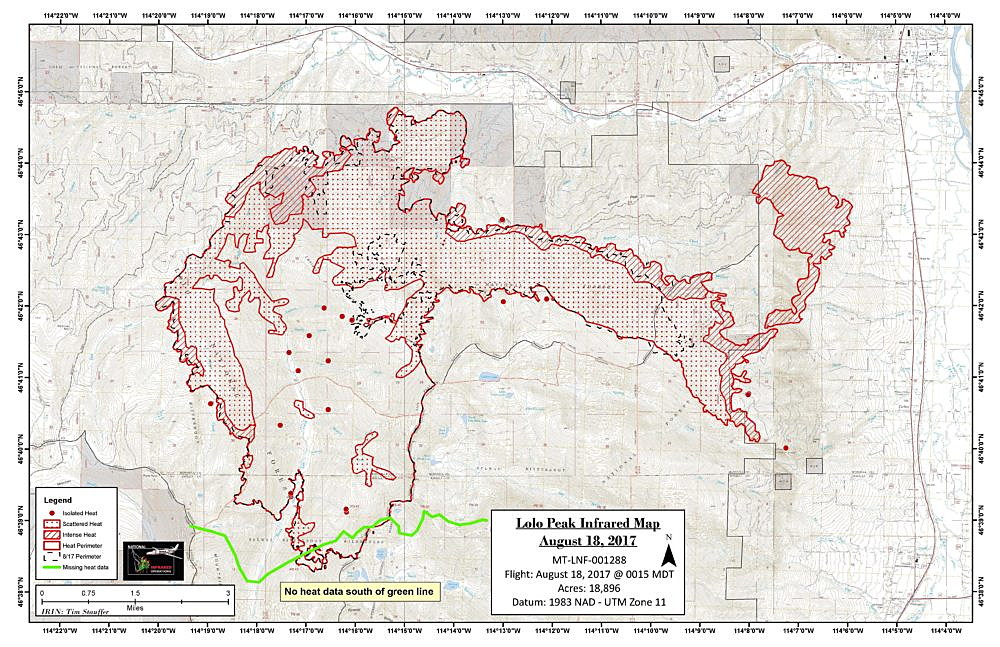