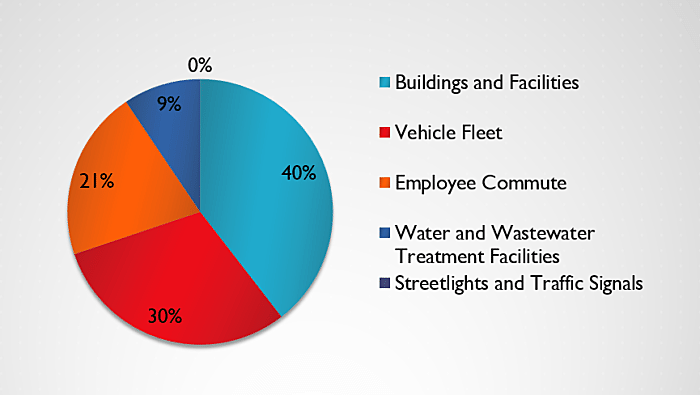 For the first time, Missoula County knows the quantity of greenhouse gases it emits each year during daily government operations.

And the number is an eye-opener.

AmeriCorps member Erika Barnett worked on a greenhouse gases emissions assessment with Community and Planning Services as part of her Energy Corps work. She presented her findings to the Consolidated Planning Board on Tuesday evening.

After gathering invoices from Missoula County services and determining how much fuel was burned and electricity used, Barnett calculated that Missoula County operations emitted 6,810 metric tons of CO2 equivalent in 2016.

“If you imagine a cube that stands about 30 feet and fill it with carbon dioxide equivalent, it would weigh approximately one metric ton,” Barnett said. “If you imagine around 7,000 of those, that’s how much Missoula County operations emitted in 2016.”

Every greenhouse gas has a warming potential number that indicates how much heat it traps in the atmosphere.

Barnett measured emissions of carbon dioxide, methane and nitrous oxide from county operations, then converted those emissions to the carbon dioxide equivalent. This makes her results easier to understand.

According to Barnett’s presentation (CAPS presentation (1) (1)), county buildings, facilities and vehicles contributed 70 percent of the county’s emissions in 2016. Employee commutes contributed 21 percent, as measured by a voluntary survey. Barnett said this number is probably the most difficult to measure, but the results were still significant.

“It’s pretty substantial that it accounts for a third of the total inventory,” Barnett said. She added that the number is extrapolated since the survey had a 24-percent return rate, so she imagines the actual emissions are much higher.

County water and wastewater treatment facilities contributed 9 percent of measured emissions. Streetlights and traffic signals, of which the county operates five, did not contribute a significant percentage of emissions.

Because this is the first assessment, Barnett said it is hard to determine if the results are typical. 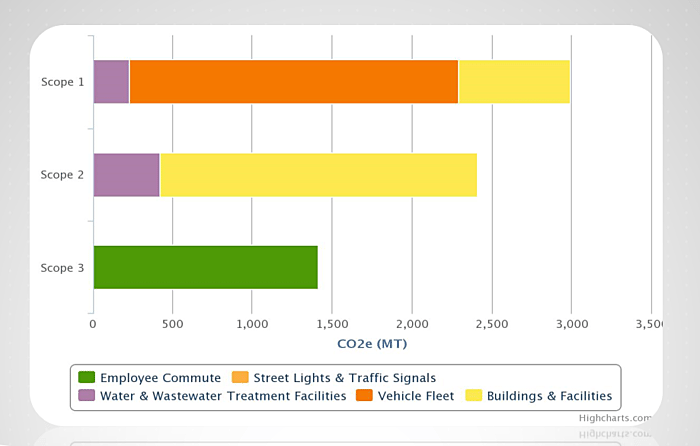 Missoula County’s next step is to set reduction targets and work toward reducing emissions.

Many of the ways the county can reduce emissions can also be done at home: turning off unused lights, using more energy-efficient appliances and recycling.

County Commissioner Nicole Rowley served on Barnett’s Technical Advisory Group. She worked with collecting and analyzing data, as well as connecting Barnett to county employees. Rowley said the implications of the study go beyond the final results.

“It’s not just a number about greenhouse gases – it’s what effect those have on our lives,” Rowley said.

Establishing a baseline is the first step in measuring long-term progress and achieving bigger goals, she said.

Hughes said climate action is also part of the city’s growth policy. This is the first emissions study of what may become a biannual project.

“This is one step that the county’s taking in trying to be good stewards,” Hughes said. “Knowing your baseline helps you figure out how you can do that in a way that’s cost-effective.”

All three women cited concerns about climate refugees. Barnett said people may seek Missoula as a haven if their hometowns become uninhabitable because of climate change. With that possibility, Hughes said it’s important to take care of this area and protect its quality of life first.

“The focus has been to start getting our own house in order,” Hughes said. “That’s a good bottom line for the taxpayer as well as the environment.”