If Friday morning’s slightly fresher air gave you an unexpectedly big burst of energy, there’s plenty of science to back up your gut feeling.

In fact, after more than a month of smoke-choked skies across Missoula County – some days veering into the “hazardous” range – residents are suffering both physically and mentally from the pollution, health officers say.

And the toughest news of all may be that the smoke is going to be around for a while, possibly even another month, as wildfires burning in western Montana, Idaho, Washington and Oregon show no signs of weakening.

Sarah Coefield, an air quality specialist at the Missoula City-County Health Department, is worried about the record-high particulate readings her monitors have recorded this summer and about the cumulative effects of all that smoke on public health.

On Wednesday, Missoula’s one-hour fine-particulate level was 93.3 ug/m3, an unhealthy concentration that had most folks in town complaining of headaches and an irritated (or worse) nose, throat or lungs.

In Seeley Lake that same day, the one-hour PM2.5 reading was 955.6 ug/m3, 10 times higher than Missoula – and the community has seen numbers that high (or higher) on a daily basis for the past month.

“I don’t want us to reach a point where we shrug off the amount that is piling up in Seeley Lake,” Coefield said. “It’s not a situation of ‘oh well, it’s always hazardous there.’ The folks in Seeley Lake are seeing smoke like we’ve never seen before, and a lot of them are suffering.”

No matter where you are in Missoula County, she said, it’s important to remember that particulate pollution has a linear relationship with health effects.

“The more particulate you have, the more health effects you see,” Coefield said. “There is no threshold effect with particulate matter.”

The damage just keeps getting worse.

Concerned about the amount of wildfire smoke in many Western airsheds over the past month, the U.S. Centers for Disease Control issued several precautionary statements.

“Fine and ultrafine particles are the most concerning because they are most likely to cause health problems,” according to the CDC. “Their small size allows them to get into the deep part of your lungs and even into your blood.”

The CDC said prolonged exposure to fine particulate matter pollution has been linked to:

And after a month of “swimming” in smoke, Missoula County residents are starting to feel the full complement of adverse effects, said Coefield.

“It is important that you respect not only the current conditions, but also the fact that your body has been fending off the pollution’s effects for a month, and is likely getting a little worn down,” she said. “Anecdotally, headaches are becoming more pervasive and persistent, and respiratory symptoms from even light exercise more common.”

She’s been upfront, too, particularly in the past week, in broaching the subject of mental-health effects from the pollution.

One afternoon earlier this week, she encouraged folks to just let it all out. Go ahead, she suggested, shake your fist at the sky!

“I know we tend to focus on the physical health effects of the smoke, but the relentless smoke cover, its wear and tear on the body, and the inability to get outside or exercise can contribute to feelings of anxiety or depression,” Coefield said.

She and other health officers urged residents to give their primary care doctor a call if they’re experiencing mental distress because of the wildfire smoke. Or call the Western Montana Mental Health Center at 532-9700.

If you’re feeling anxious now, it’s only going to get worse, as dozens of wildfires continue to burn – in Missoula County, western Montana, Idaho, Washington and Oregon – and all are contributing to the county’s unhealthy air.

“The heavy rain and/or snow cover we need to really put an end to this is a long way away,” Coefield said.

In fact, the most recent forecasts from fire and weather agencies show the dry, dangerous conditions extending through the month of September. 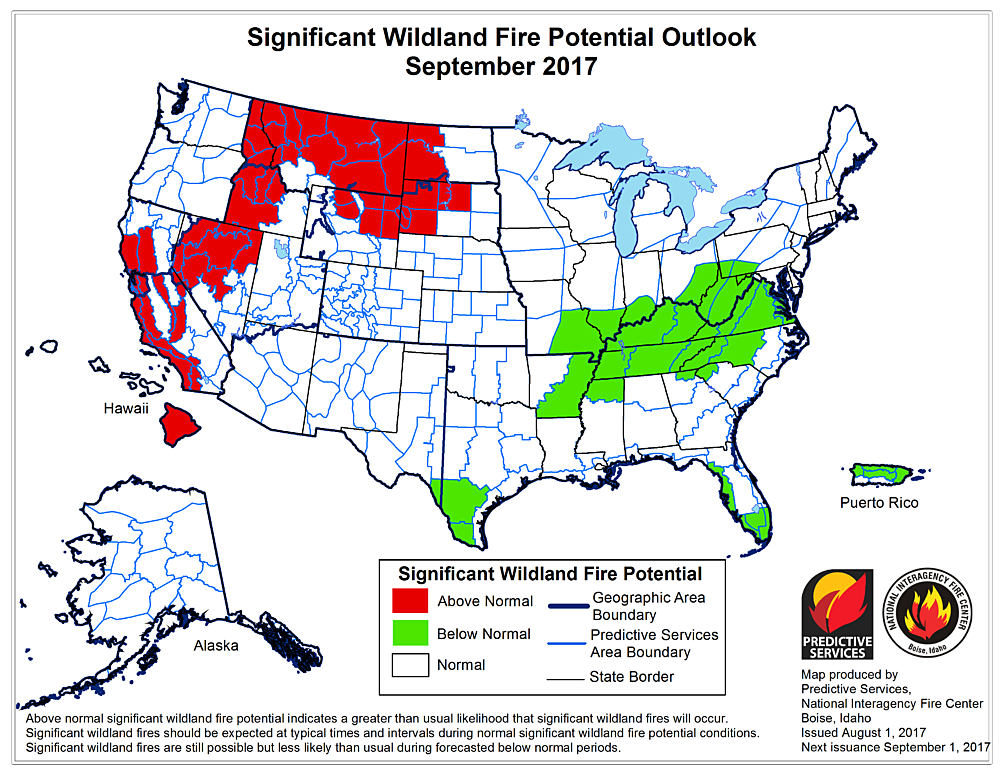