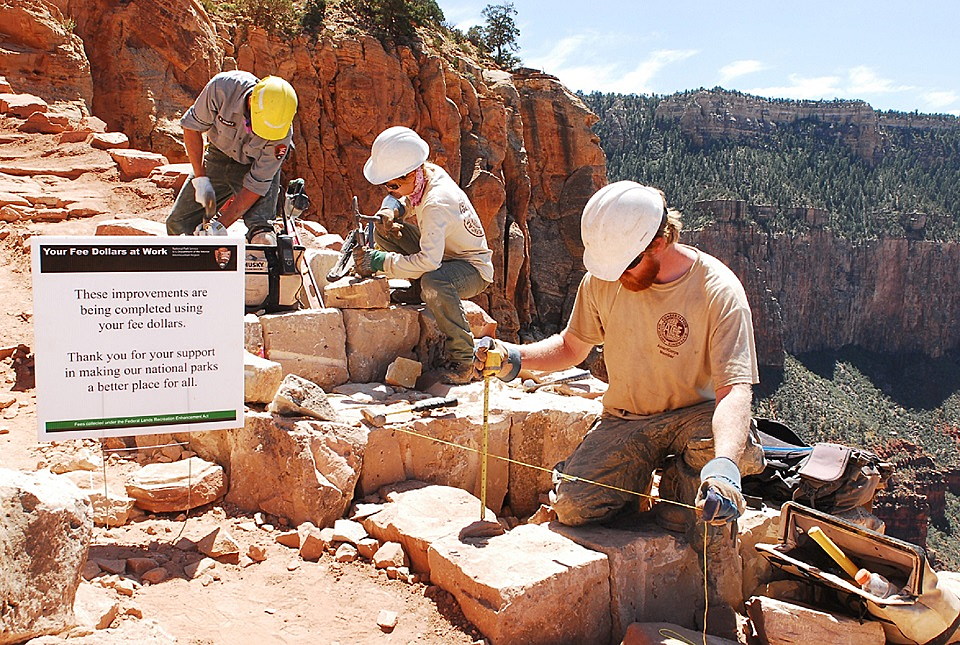 Montana Sen. Steve Daines signed onto a letter this week asking the National Park Service to extend the public comment period for the agency’s proposed fee increases at parks across the country, including Glacier and Yellowstone national parks.

Daines, along with Sens. Lisa Murkowski of Alaska and Cory Gardner of Colorado, told National Park Service Director Mike Reynolds on Wednesday that raising fees to the extent proposed would limit those who can afford to visit the nation’s popular natural attractions.

“Glacier and Yellowstone National Park are national treasures that belong to Montanans and Americans across the country,” Daines said. “Fee increases of this magnitude could prohibit families from enjoying the great outdoors and need to be considered carefully.”

In late October, the National Park Service said it would consider raising the entrance fees during peak season for 17 national parks, including those in Montana.

Under the agency’s proposal, the price per vehicle would jump from $30 to $70 while the price per individual would double from $15 to $30. Passes specific to each park would also increase.

“Although we respect the National Park Service’s attempt to find solutions for the deferred maintenance backlog, raising entrance fees to this degree could unfairly burden the public and create new barriers to the visitors that you hope to reach and inspire,” the letter read.

Last month, Interior Secretary Ryan Zinke said the fee increase would generate needed revenue for improvements to the parks’ aging infrastructure. The needs include roads, bridges, campgrounds and other services.

Zinke said the Park Service expects to raise $70 million a year with the proposal. The Park Service estimates that deferred maintenance across its parks stands at $11.3 billion, down from $11.9 billion in 2015.

“The infrastructure of our national parks is aging and in need of renovation and restoration,” Zinke said. “Targeted fee increases at some of our most-visited parks will help ensure that they are protected and preserved in perpetuity and that visitors enjoy a world-class experience that mirrors the amazing destinations they are visiting.”

Sen. Jon Tester has criticized the proposal, saying it is the duty of Congress, not the public, to fund repairs.

“Americans already own these parks and they shouldn’t have to empty their wallets to enjoy them,” Tester said. “This decision will price Montana families out of our public lands and hurt local economies, which thrive thanks to our national parks.”

While Daines has stopped short of criticizing the proposed fee increases, he joined Murkowski and Gardner in asking the Park Service to extend the comment period, saying the issue has generated widespread interest and deserves more time for public input.

“Given the large volume of responses from Alaskans, Montanans and Coloradoans and constituents across the U.S., and the impact of this new policy, it is important that you provide more than 30 days for the public to participate in the comment period,” they wrote.

The comment period is set to close on Nov. 23.