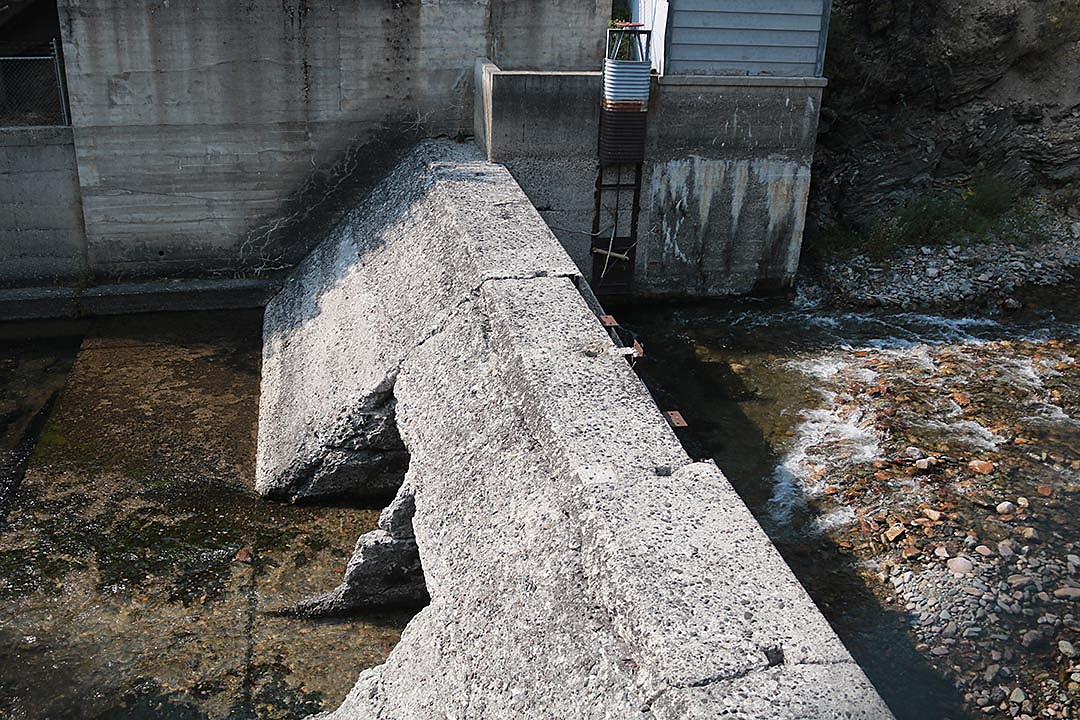 Efforts to remove a concrete dam from Rattlesnake Creek and restore the waterway to its native condition received a welcome boost this week with a $10,000 contribution from Stockman Bank.

The bank made the donation to Montana Trout Unlimited on Giving Tuesday, helping buoy the nonprofit’s fundraising efforts.

“I was up at the site yesterday and it’s an absolutely fascinating project that’s exciting for Rattlesnake Creek,” said Bob Burns, the Missoula market president for Stockman. “There are few places in the country that boast a world-class fishery in the heart of the city.”

Back in September when the apples were still green on the trees, city leaders joined conservation groups above the concrete dam to announce their intention to remove the obstruction, one that has blocked the passage of fish and other wildlife for more than a century.

The dam was one of the many assets acquired by the city of Missoula in its purchase of Mountain Water Co. earlier this year. For the past 100 years, it has blocked the once-wild creek as it pours from the Rattlesnake Wilderness into the warmer waters of the Clark Fork River.

“The good news on this project is, there’s not a lot of opposition,” said Kelley Willett, the director of development for Montana Trout Unlimited. “There’s so many wins for recreationists and conservationists. Folks are generally pretty excited.”

While many are eager to see the dam removed and the creek run free, raising the $1 million needed to complete the task will take time.

The $10,000 gift offered by Stockman Bank, coupled with an equal amount from the local chapter of WestSlope Trout Unlimited, has helped place $125,000 in the fundraising account.

Willett said more has been committed.

“We’re thrilled Stockman came in early with this gift, as it buoyed our online giving that day,” said Willett. “The challenge with any fundraising is trying not to rob Peter to pay Paul, so we’re working hard to find new benefactors for this work.”

Dennis Bowman, a 25-year employee of Mountain Water who now serves as superintendent of Missoula Water, said the dam has been an issue for years.

The structure was first erected as a wooden dam around 1902, though it was converted to concrete in 1924. The creek remained a source of drinking water for the city of Missoula until a giardia outbreak in 1983.

As the structure began to deteriorate, crews removed several components, though it didn’t help ease the passage of fish looking to spawn upriver. When the slide gates were removed, water jetted through the gap, serving as another impassable barrier when fish needed passage the most.

Biologists have said the structure has precluded the movement of fish from the Clark Fork River to roughly six miles of prime spawning habitat further up Rattlesnake Creek.

“We’re looking for benefactors who want to fish or maybe kayak down a free-flowing Rattlesnake Creek for the first time in 100 years,” said Willett. “It’s cold, clean water and we’re all for that. The fact you can stand at the dam and see giant cutthroat and bull trout is pretty impressive.”

While fundraising continues, planning and permitting efforts for the dam’s removal are already under way and will extend into next year. Removal of the structure is slated for 2019, followed in 2020 by floodplain and channel work.

“Rarely do I get to work on a conservation project that doesn’t have a counterpoint,” said Willett. “Where else do you have a blue ribbon stream in a major city?”