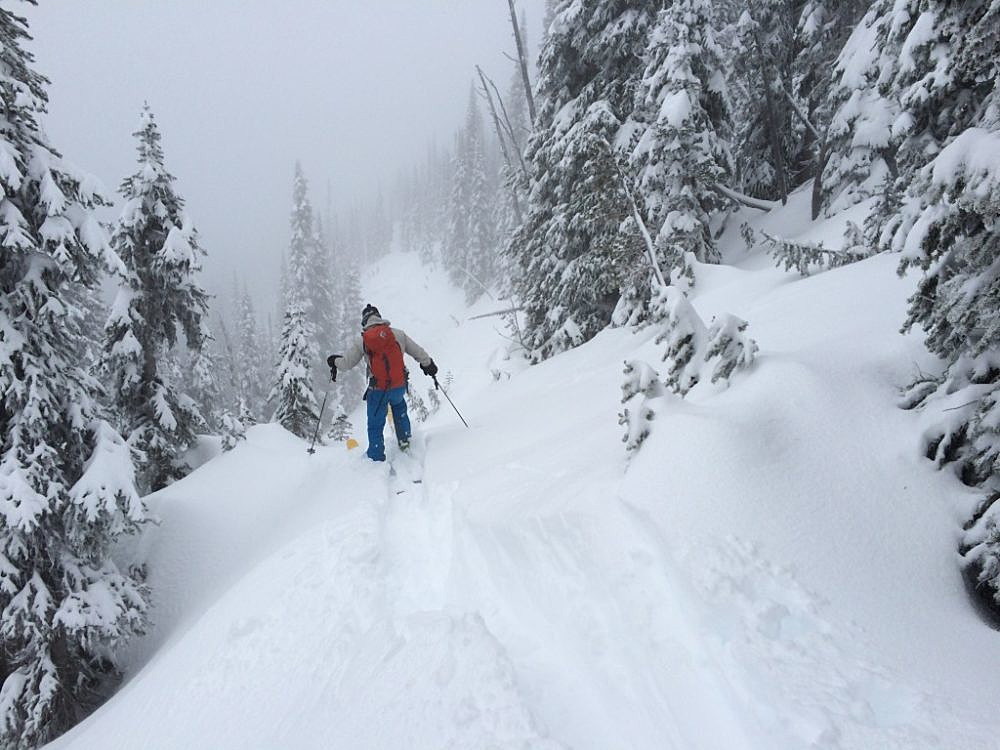 An avalanche warning is in effect for the northern portion of the west-central Montana backcountry. The current avalanche danger is high. Very dangerous avalanche conditions are present. Travel in avalanche terrain is not recommended today. Human-triggered avalanches are very likely, and natural avalanches are likely.

This danger rating does not apply to operating ski areas and is the sole responsibility of the U.S. Forest Service.

Snotel data for the southern Missions,  southern Swan, Rattlesnake and Central Bitterroot ranges shows a significant load over the last 36 hours. Mountain locations received between 1.0-2.4 inches of water and 10-20 inches of snow. Current mountain temps are in the 20’s and winds are calm at point six and in the low teens from the S at Deer Mountain.

The avalanche warning is in effect due to a significant load of new snow on a weak snowpack. The southern Missions, southern Swan, Rattlesnake and Central Bitterroot ranges have been subject to the brunt of the storm and will have an increased likelihood of avalanche activity. We received multiple reports of human-triggered avalanches in the advisory area and the surrounding mountains. Dangerous avalanche conditions exist and travel in avalanche terrain is not recommended. The snow will need time to adjust to the load and for the new snow to bond.

Light snow is expected to continue through the day today with a brief break before starting again late Thursday leading to cold temperatures for the weekend. Conditions will not change until loading stops and the snow can settle.

The next advisory will be issued Thursday, December 21.